When I think about some of my favourite meals, I’m always drawn to big sharing feasts with a variety of dishes. Mezze, tapas, dim sum, and barbecue are some that immediately spring to mind. I think it’s primarily because I don’t have to decide on one thing and can have lots of options. I’ve always struggled to make decisions about food – it feels almost like a life or death situation every time! 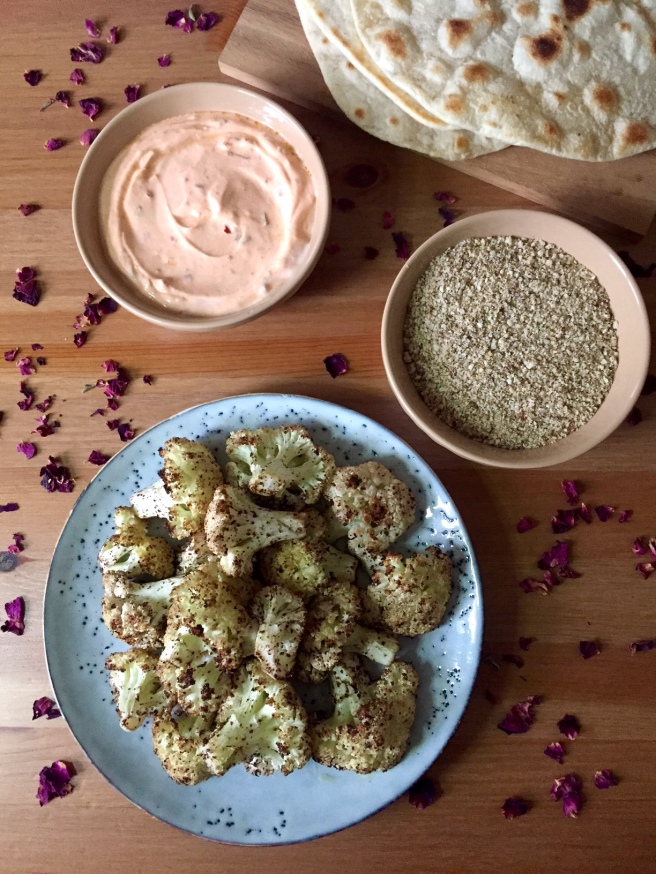 This dish came about as a simple veggie dish to serve as part of a mezze spread, but it’s great as a snack too! The simple addition of sumac to roasted cauliflower really livens things up, and of course you have to have something to dip it in, so some dukkah and harissa yoghurt dip are a couple of yummy options.

For the sumac cauliflower:

For the harissa yoghurt:

For the hazelnut dukkah: