We did it! We got to the end of the year and completed our challenge to eat a different main meal every day for 2015! I’m going to keep the blog going but with a more general focus on food so here’s the final report!

We drove up to Nottingham to see my family today and my Dad cooked us this delicious Christmas turkey leftover dish of turkey and ham pie. He served it with some veg and a drizzle of yummy gravy. 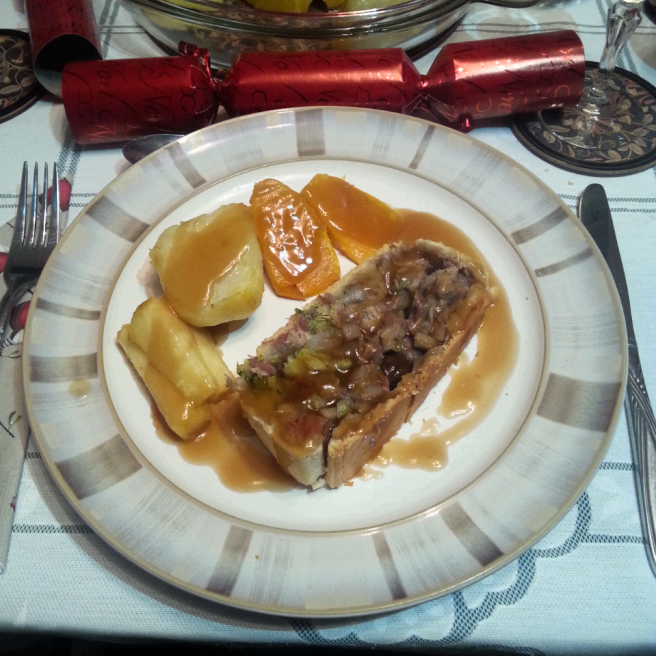 My Aunt and Uncle were visiting today and Mum and I cooked up this lamb tagine which was absolutely gorgeous and the lamb was so tender from being slow-cooked in the yummy juices for the best part of a whole day! Mmmmmm!

I met up with a group of friends for a birthday dinner at this Lebanese restaurant in East London. We ordered set menus so had a few courses to get through! The mezze included a plate of chicken sambouseks and lamb kibbeh, which were pretty tasty. The main was called Farowj meshwi, which sounded fancy but was simply a marinated grilled chicken with salad and rice. Nice enough but could have included a bit more for a main dish. The desserts were a couple of sharing platters of baklawa, Turkish delight, and fresh fruit. All things I love! The evening meal also included a period of about 20 minutes of belly dancing while we were eating the mezze platters. Although the three ladies were very talented, it was a little awkward having someone dance at the end of table. I would probably take a pass at this part of the evening experience. 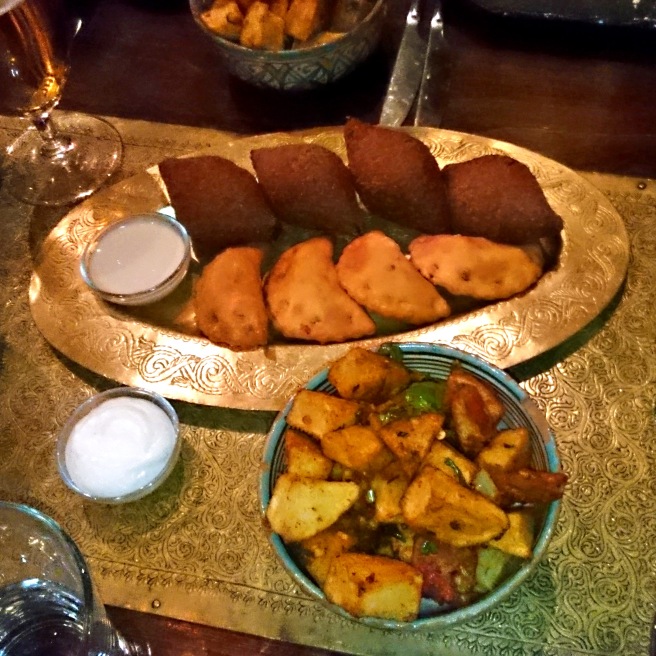 Mark and I realised that we hadn’t had moussaka yet this year so tonight’s dish was a homemade moussaka and Mark had a ready-made moussaka from M&S. 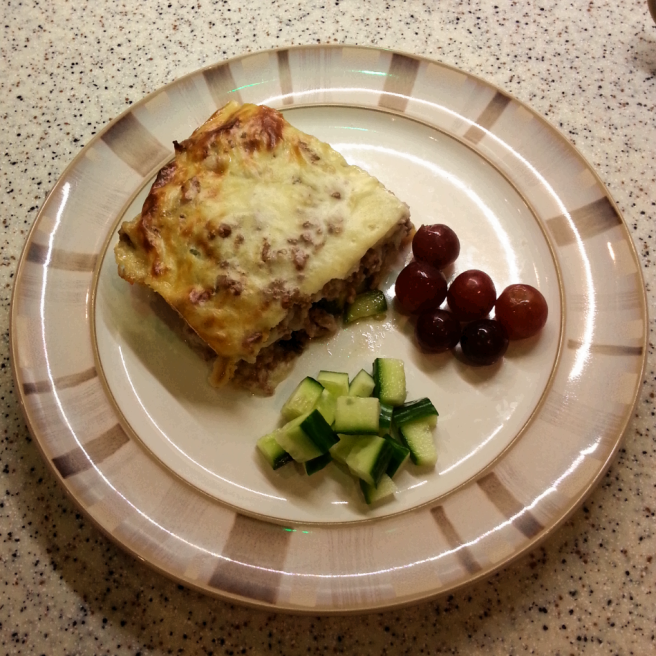 We wanted something quick to make and eat before heading out to a New Year celebration so I cooked my cheat version of a flammkuchen (or tarte flambée – they’re pretty much the same thing). To make this I spread a thin layer of cream cheese over a tortilla and then top with some onions and lardons that I’ve cooked slightly in a pan. Then I top with some mild cheese and pop it in the oven just to finish off cooking until the cheese is melted.

One thought on “Happy New Year! We did it!”