Food was one of the things I was most excited to explore upon arriving in Singapore. Food in Singapore is generally a blend of Malay, Chinese and Indian influences and you can’t walk far in Singapore without coming across one of the many hawker centres that have a huge range of foods on offer at bargain prices. I have to admit I spent the first couple of days suffering with jetlag which always messes with my appetite and so I didn’t try all of the dishes I had on my wishlist, but I figured I’d share some of the best things I did manage to try.

Hainanese chicken rice is a staple in Singapore’s hawker centres and could be considered the national dish. The chicken is traditionally poached to imbue as much flavour as possible and it’s popularity in Singapore dates back to the harder times of the Japanese occupation of Singapore. Chicken rice is therefore quite a simple dish, and quite often still contains gristle and bones to watch out for, but they can be eaten around.

The first hawker stall to receive a Michelin star, Liao Fan Hawker Chan, is where I had delicious, succulent and super cheap chicken rice. This soy-marinated version is roasted to give the succulent, juicy result. The chicken has so much flavour and is served simply with rice, a small side of beans and the option of chilli sauce on the side. The original stall is located in the 335 Smith Street complex in Chinatown, but they also have a restaurant on the other side of the street.

Satay is another hawker staple of meat, generally chicken or beef, skewered on wooden sticks, barbecued and served with a peanut sauce. After an evening watching the light shows at Marina Bay Sands and the Gardens by the Bay with some newly-made friends from my hostel, the 24-hour Lao Pa Sat food court at Raffles Quay was the perfect pitt stop for four hungry tourists. This spot was featured in the film “Crazy Rich Asians” which I have yet to see! The chicken was tender and juicy and the sauce might just be the most delicious satay sauce I’ve ever tried. 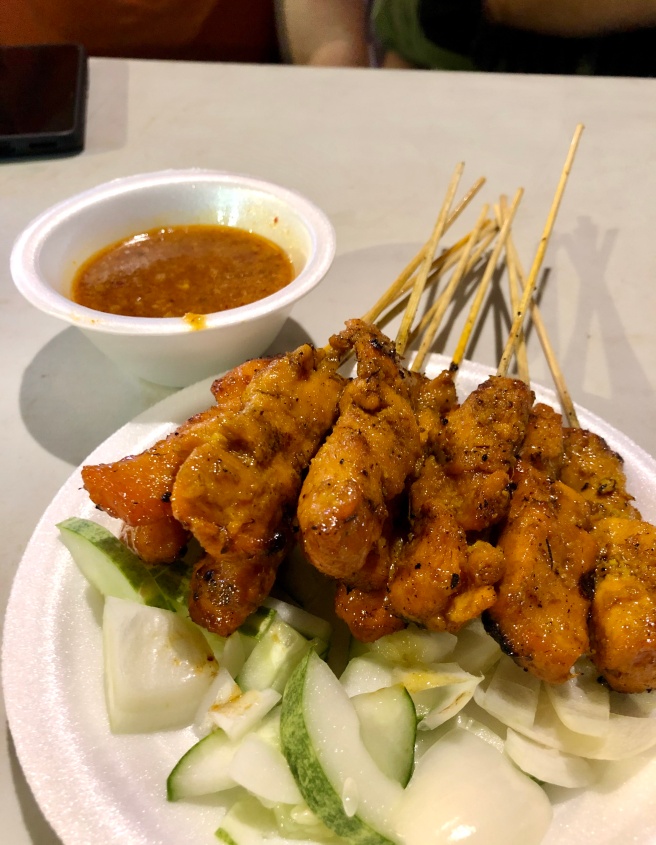 Putu Piring are steamed rice flour cakes filled with a sweet, treacle-like syrup made from palm sugar, and served with shredded coconut. They are typically made in individual stainless steel moulds/pans. I heard about putu piring from watching the Netflix show “Street Food” which featured the family-run hawker stall at Haig Road food market which isn’t far from the Peranakan Houses. The putu piring were beautifully fluffy and sweet so I’m glad I made the effort to find them as they were even better than I had expected! 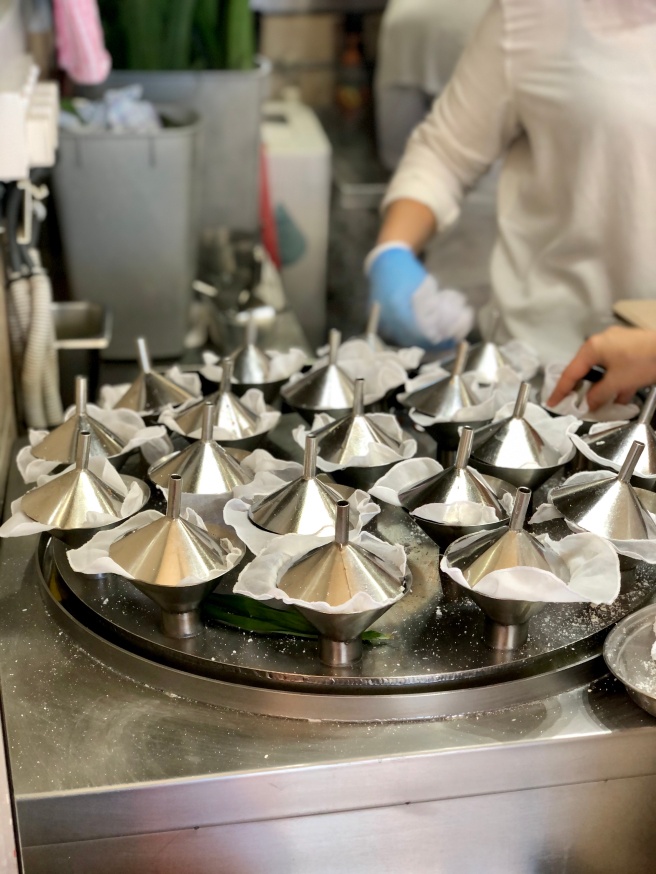 Invented sometime before 1915 by Ngiam Tong Boon, a bartender at the Long Bar in the famous Raffles Hotel, this gin-based cocktail is made with cherry liqueur, Bénédictine, Cointreau, bitters, grenadine, as well as lime and pineapple juice. There’s nothing quite like sipping one of these in the Singapore heat and enjoying the fruity, tropical flavours. Drinking one in its original home isn’t cheap, but the experience is pure decadence in the colonial-era bar. Customers are also served a bag of peanuts to accompany the drinks and it’s tradition – for reasons I’m still to get to the bottom of – to brush the shells on to the floor. 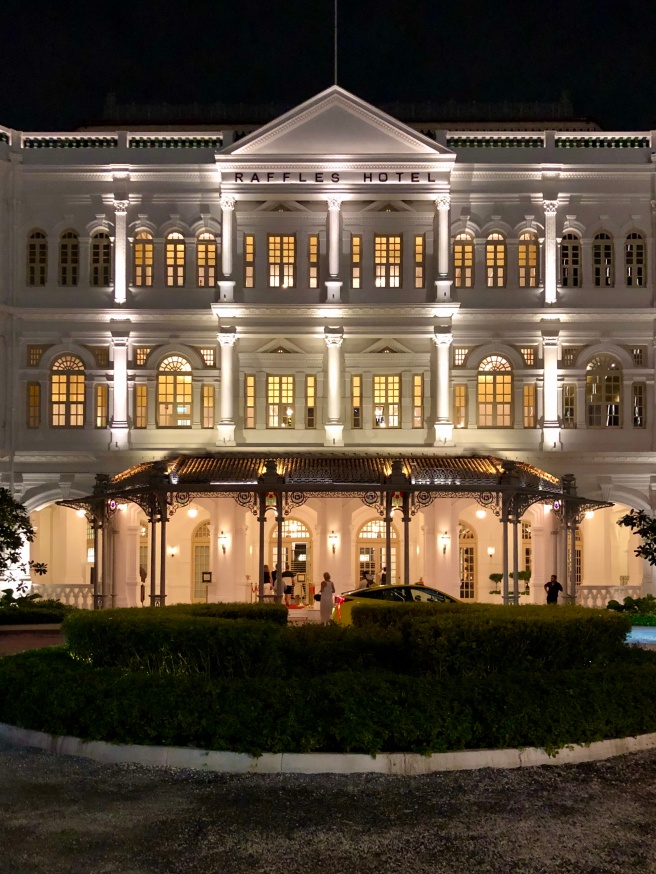 Char Kway Teow is made with thick, flat rice noodles stir fried with soy sauce, Chinese sausage, often seafood and bean sprouts. It’s not the healthiest of meals, but it’s certainly tasty. I tried it at the food court of The Shoppes at Marina bay sands where it is served on opeh leaf and the portions are incredibly generous!

I think I had a fair stab at trying a lot of different foods in Singapore given the short time I was there, but there are so many more that I wasn’t able to try. Chilli Crab, Singapore Noodles, and traditional Singapore breakfast of coffee with eggs are all on my list for next time if I get the chance to visit Singapore again.