Can you believe we’re still working our way through the mountain of cheese that we brought back with us from France? I recently discovered the combination of brie with cranberries and pistachios and I love it! Where has this been all my life? I prepared some quick open sandwiches with some Coulommiers which is similar to brie and topped it with cranberry sauce and chopped pistachios.

I happened to be watching the food channel over the weekend as there wasn’t much else on and Jamie Oliver was preparing this easy peasy jerk chicken. I scribbled down a few notes but actually managed to find the recipe online too. This was so easy to make and tasted great! I was actually a bit of a wimp and halved the amount of scotch bonnet chilli but I think I can be a bit braver next time!

I was craving pasta again tonight and looking for something quick to rustle up. I decided to try this recipe for what is simply pasta with cheese and pepper and it was delicious –  although the pan took a bit of effort to clean afterwards.

Today was Thanksgiving which meant that my day at work was pretty quiet with the US offices being closed. I was able to get home in good time to have a go at a simplified version of a Thanksgiving dinner. I struggled a bit to find some good turkey so I ended up with a packet of breast fillets that were wildly different sizes and so I had to do some staggered timings which was a bit of a pain, but I was really pleased with how they came out. I also had a go at making some individual portions of sweet potato casserole topped with marshmallows. 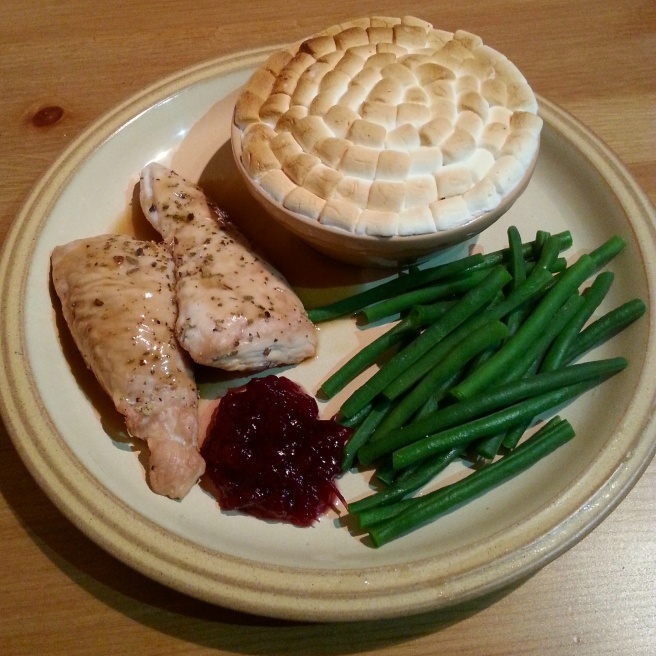 Tonight I was out at Fischer’s for an Austrian feast and I went for the Tafelspitz which is braised beef cooked in a spiced broth and served with vegetables and an apple puree. I also had apple strudel for dessert which was delicious.

Mark has been looking forward to his Five Guys burger all year and tonight he wasn’t able to come to Fischer’s with me and so he finally treated himself. Which toppings? All the way of course! 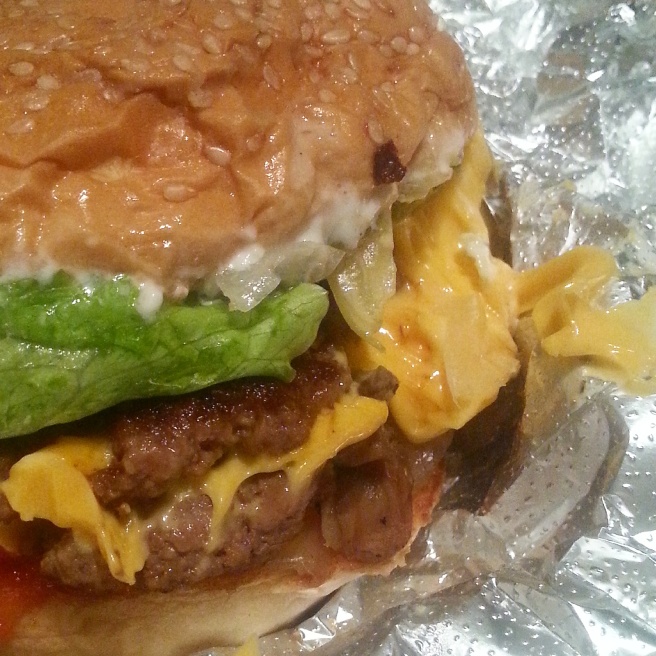 This is a staple favourite of ours and “oyakodon” means “parent and child over rice” which refers to the chicken and egg in this dish. While the rice is cooking, you heat up some dashi stock with a bit of mirin and soy sauce, add the chopped chicken thigh meat and onion and leave until cooked through. Then you beat an egg and pour over the chicken and cook until just done. Then just serve out your rice into a deep bowl and top with the egg and chicken. 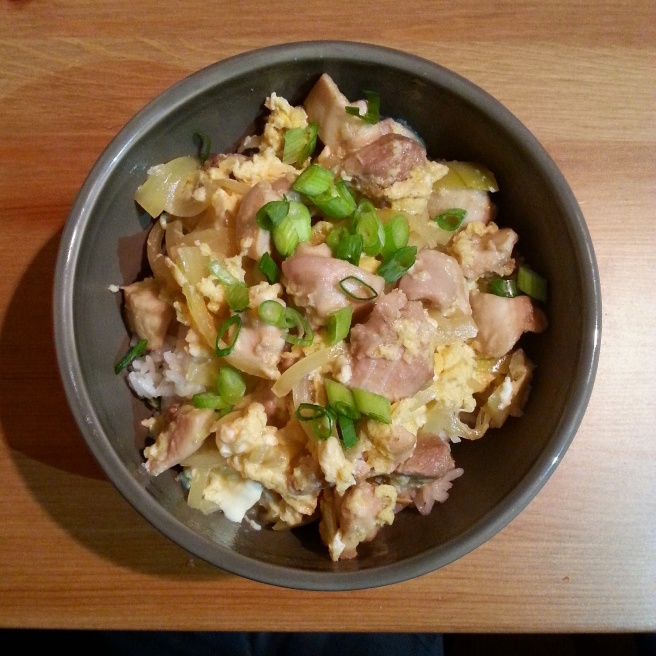 Today we went out to Pizza Pilgrims to see a friend of ours before he goes off to Antarctica of all places for a couple of months. Mark and I chose the calzone with buffalo mozzarella which looked a little flat when it arrived but there was plenty of filling inside. I know Mark enjoyed his, but I wasn’t sure about the cheese in the middle so I think I would go for a different pizza if I went again. The pizza dough was really good though and got the approval of our Italian friend who was also at the meal.

One thought on “Just one month to go!”

There was an error retrieving images from Instagram. An attempt will be remade in a few minutes.