When Mark and I were in Whole Foods over the weekend I spotted that they had some spaghetti squashes which I have been looking for ever since trying it during a trip to Texas two years ago. I was so excited and just had to get one to experiment with cooking it, even though it was huge and not all that easy to carry home on the tube! Spaghetti squash gets its name from the noodles that are created when you cook the flesh. It’s another great pasta replacement and delicious with this recipe.

Tonight we were out to watch a family friend in a play called You Can’t Fly at the Etcetera theatre in Camden. We had a bit of time beforehand to grab a bite to eat so we went to the Diner and went all out on great American food. I really fancied barbeque so I chose the BBQ chicken burger with some waffle cut fries on the side and an Oreo milkshake.

Hmmm tacos. Melted cheese, guacamole, beef chilli and all the other usual ingredients mixed up in a bowl for easy eating. Served alongside a huge Oreo milkshake and I was stuffed at the end of this!

The spaghetti squash we bought from Whole Foods was humongous so tonight we got our second meal out of it and went for mushrooms and Parmesan. Simple. Delicious. 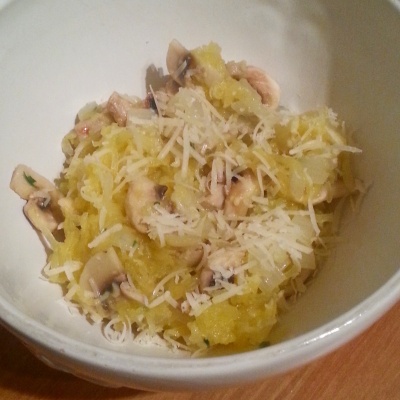 We recently ventured for the first time to a local Oriental supermarket in Mitcham called Hoo Hing Ltd. There’s a huge selection of foods and we spent a good chunk of time just walking along the aisles. We bought a bunch of stuff including these char siu bao to steam at home and they tasted just like they do when you order them in a restaurant and they were so easy to cook – just pop in the steamer! 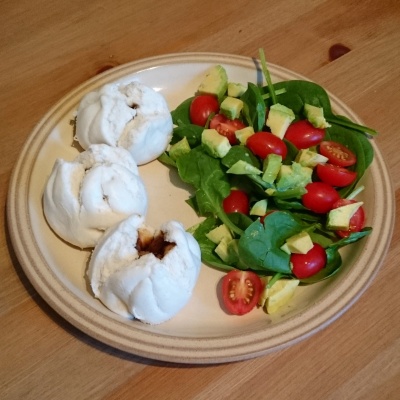 My Dad and his oregano strike again in this dish! Seriously how much oregano did he grow this year?! This pesto is made with fresh oregano, garlic, walnuts, olive oil, and some cheese. It smells absolutely gorgeous when stirred into pasta and goes really well with a white pasta as the walnuts in the pesto bring the dish plenty of texture. I thought the meatballs worked really well here too if you’re looking for some added protein. 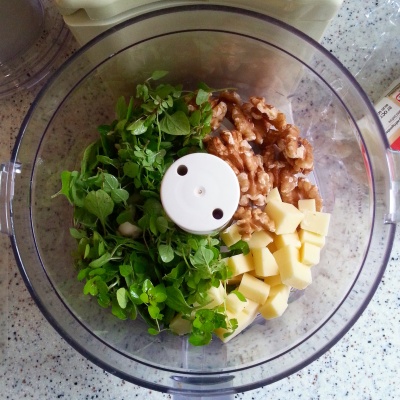 This has been a classic dish for my family for years and it was with a flash of nostalgia that I took my first bite of ham with the zingy citrus sauce. It’s tricky to really get the blackened crackling but even just the combination of the gammon flesh and the sauce is a match made in heaven.