Today we had the day off work so Mark could recover from his triathlon. We decided to go to Saddleback farm shop with Mark’s mum and we went all in and ordered the Traditional Ploughman’s Lunch with honey roast ham, oak smoked chicken, sausage, and mature cheddar cheese, served with coleslaw, homemade chutney and crusty bread. 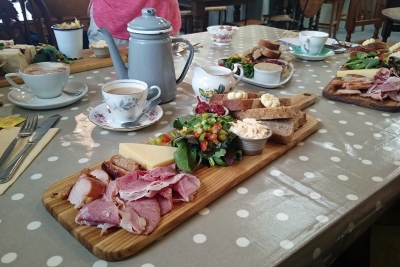 18/08/2015:Courgette noodles with burrata and cherry tomatoes – The Londoner

I found this recipe to make use of the tomatoes we bought from Saddleback, courgettes from Mark’s Mum’s garden, and some burrata cheese from Waitrose that we were trying for the first time. I would probably stick to mozzarella but it was nice to try something new and I liked that the cream in the burrata made a kind of sauce. Courgette noodles are really versatile and much less tiring to spiralise than the carrots I used before. 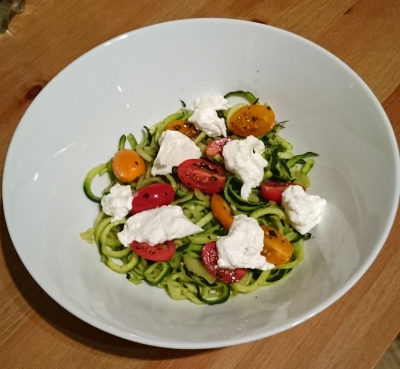 Mark picked these up from Tesco as a quick midweek dinner and they were pretty tasty. We served them with some pesto tagliatelle and kale to round off the food groups. 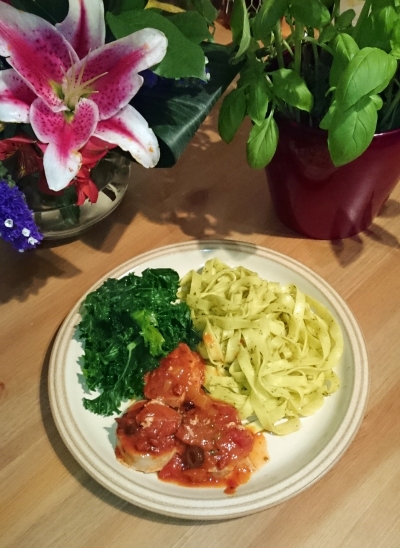 Mark’s friend, Matt, was round this evening so we decided to order curry. I chose a dupiaza because I’ve tried it in the past and just really enjoyed it and I went for lamb because I haven’t had it in a while. This curry definitely had more of a kick than I was expecting, but the flavours in the curry were spot on and I really enjoyed it.

Lamb madras is a big name in the UK curry scene, so I couldn’t miss it out for the year. The dish was hotter than I remember previously having but still great. The menu had two chillis so was probably spot on. Hot enough that you were sweating a bit, but not too hot that it was uncomfortable. The lamb was good and naan breads were a tasty accompaniment, as always. 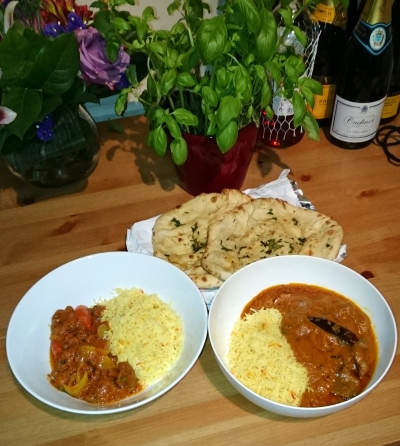 Mark found this recipe and I thought it sounded a bit weird but actually it tasted alright! I probably wouldn’t be in a hurry to have it again soon but it wasn’t bad. 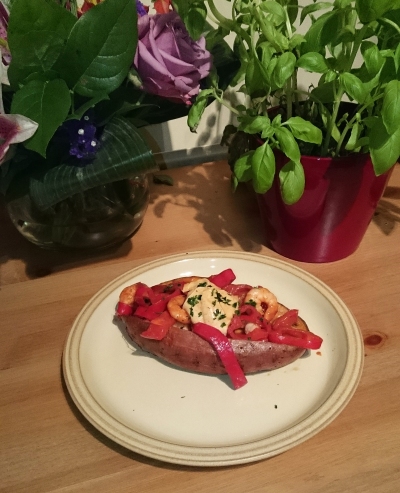