Tonight it was a friend’s birthday celebration so we went out to Belgo’s. As Mark and I have already had classic moules, we decided to try one of the moules platters. The Spinazie Platter were open mussels topped with Gruyere cheese, bacon lardons, and spinach. It sounded nice enough…but I did NOT like this dish. I expected there to be fresh spinach leaves, perhaps wilted, in with the melted Gruyere, and not part of a thick gloopy green cream. I thought the spinach cream was too thick and not that enjoyable to eat. Mark also made a good point that perhaps the combination of mussels with Gruyere didn’t quite work and the cheese, bacon, and spinach would work better without the mussels. I powered through to eat as much as I could, but was really disappointed by this. 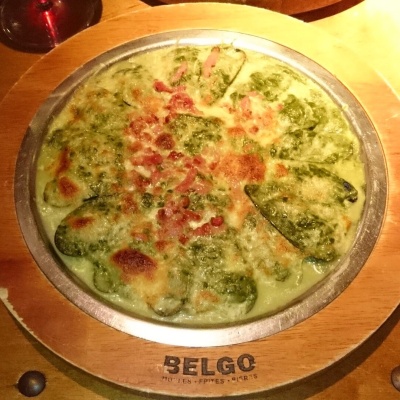 Mark suggested we make eggy bread today to use up the end of a loaf. I have eaten eggy bread before, but not with sweet toppings and I couldn’t remember what I used to eat it with! Mark went for maple syrup, but I thought I’d try some cinnamon sugar which was yummy! Bit of a naughty dinner! 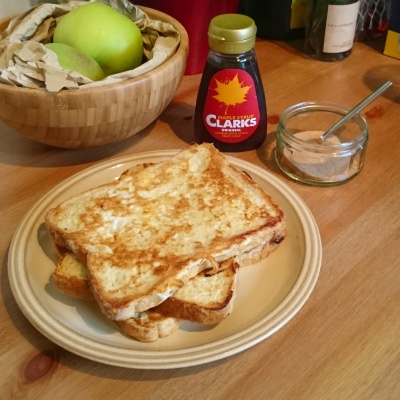 So we definitely over-catered for our engagement celebration at the weekend, but we’d rather have too much food than too little! These vegan Sainsbury’s Mexican bean burgers were easy enough to cook and really tasty! Is it bad that I expected them to be a bit dry and was pleasantly surprised?! We served them with some salad and I also took more leftovers for lunch the following day chunked up and mixed into the salad which worked really well too! I’m sure they’d be great on a bun too! I’ll be getting these again!

Tonight’s choice of dish was to use up some leftover babaganoush – again from our recent engagement celebration. It was super easy to make as you just spread some babaganoush over a pitta bread and top it with olives, feta, and pomegranate. 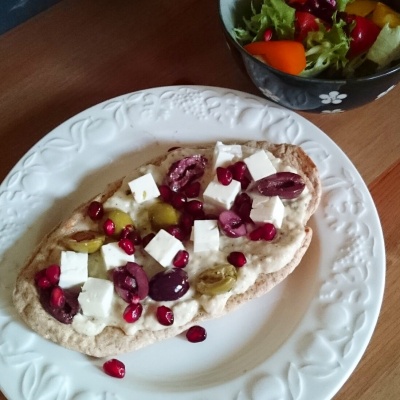 Another dinner of leftovers from the party, tonight we had this goat’s cheese and spinach quiche. We decided to have it cold for convenience which was really nice, but I imagine the flavours come out a bit more when it’s heated.

We were out tonight with friends who were down visiting and my brief was to find somewhere nice in central London. I’ve started keeping a bucket list (in Trello of course) of all the places I hear good things about and want to try, meaning that when someone wants to meet up I’m ready with a list of new places rather than ending up in a chain or getting stuck in a rut. I digress, tonight we were at Li Veli’s in Covent Garden on a friend’s recommendation. I love the light modern Italian decor and clean atmosphere in this restaurant specialising in Puglian cuisine. I went for the Aubergine Parmagiana which was basically aubergines and cheese – what’s not to like?! I ordered a panna cotta for dessert and there was a newbie on the kitchen staff that…let’s say hadn’t quite got the knack…and the panna cotta was more like hard cheese. I sent it back and the staff were very apologetic. All-in-all though a great restaurant with just a little setback that I’m sure has been rectified.

I’m a big fan of seabass, so always find it hard to resist on a menu. Today it was served as a fillet, along with olives, capers, cherry tomatoes, and samphire – some pretty core Italian ingredients! These tried and tested flavours were great together, and the sea bass was fresh and well cooked. I went for another Italian favourite of tiramisu for dessert which is always a guilty pleasure. Actually what am I saying?! No guilt here! 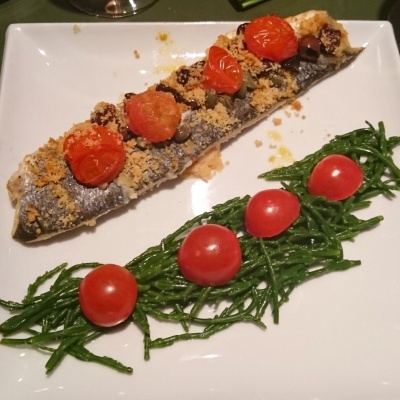 Another Feast of Nations tonight and we were out at Tito’s Peruvian restaurant. I LOVE these evenings as there’s always so much food to try and I don’t even need to think about what to order! I thought everything was tasty, but I found that my favourite things were the ceviche clasico (which I was trying for the first time!), the empanadas latinas, and the huge Peruvian sharing platter! 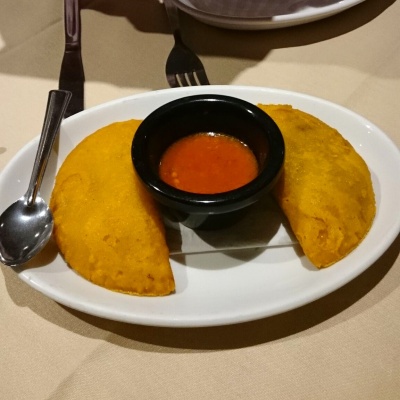 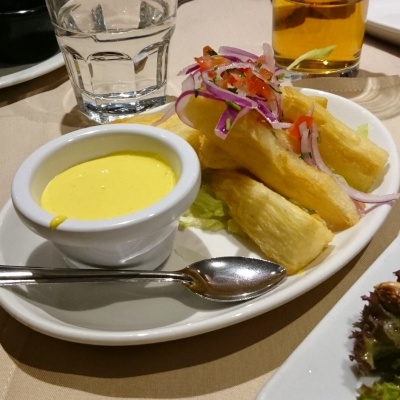 The platter included a selection of “Carapulcra” which is a dried potato stew, “Chicharron” which are peruvian style fried pork ribs, “Tamal” which is a white corn parcel filled with chicken, “Anticucho” which are grilled marinated beef heart pieces, fried sweet potato & fried ripe plantain. 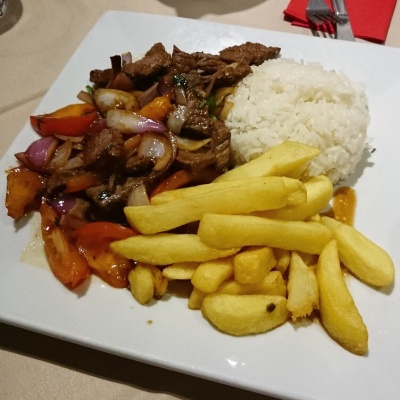 Mark and I also ordered the Inca Cola and got a few funny looks, but we both loved it and thought it was really tasty!

For dessert we ordered Alfacor con helado de lucuma which was lucuma ice cream served with a shortbread-like biscuit. Lucuma is a yellow fruit native to Peru and tastes a little bit like maple syrup! 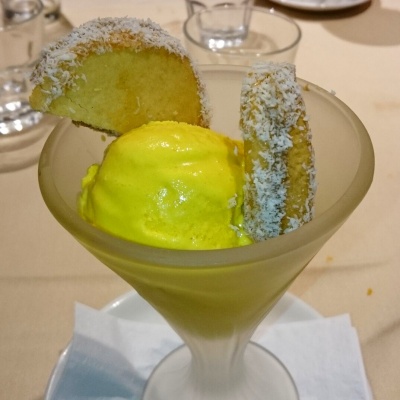