A couple of weeks ago I turned 30, and I decided to spend the bank holiday weekend with Mark in San Sebastián to celebrate. San Sebastián stood out as the perfect location as there isn’t a long list of sights to see and so we could really take things at our own pace and fully relax. Not to mention the food – wow! Having said that though, there are a few special things that we didn’t want to miss during our time there.

We were pretty lucky with the weather in San Sebastián and although it was a bit cooler than we expected, the sun was shining and we had blue skies almost the whole time. The bay of La Concha is absolutely beautiful: bookended by two hills with a sunny, sandy beach in between, bright blue water and a picturesque promenade perfect for a morning stroll. 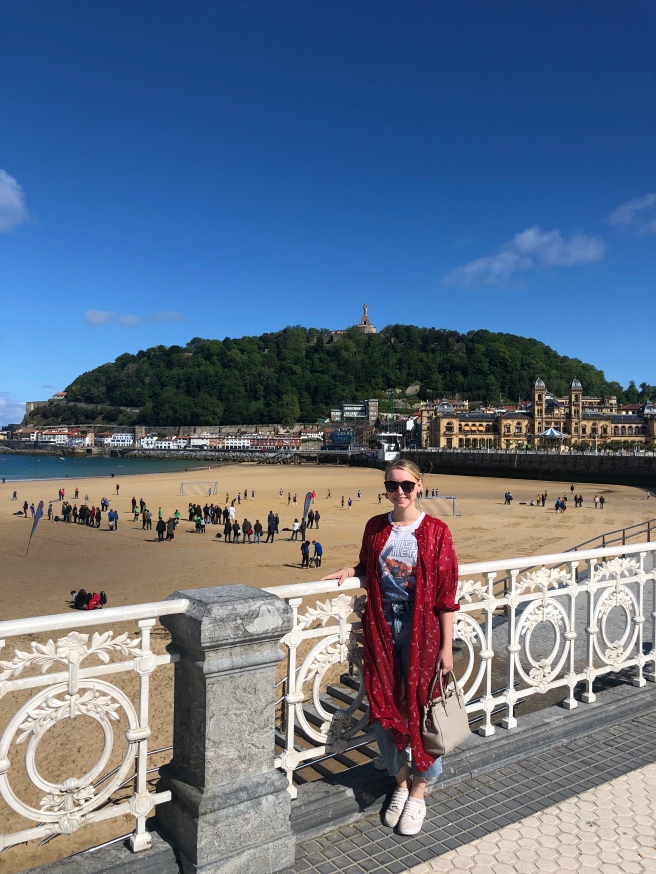 On the east side of La Concha Bay is Monte Urgull, home to the Castillo de la Mota fortress and iconic Sagrado Corazón or “sacred heart” statue. We took a walk after breakfast one morning to see the views out over San Sebastián (and work up an appetite for pintxos!) before the weather really warmed up. The views were incredible and I could imagine how it must have felt for soldiers when the military buildings were in use looking out proudly over the city they were protecting. 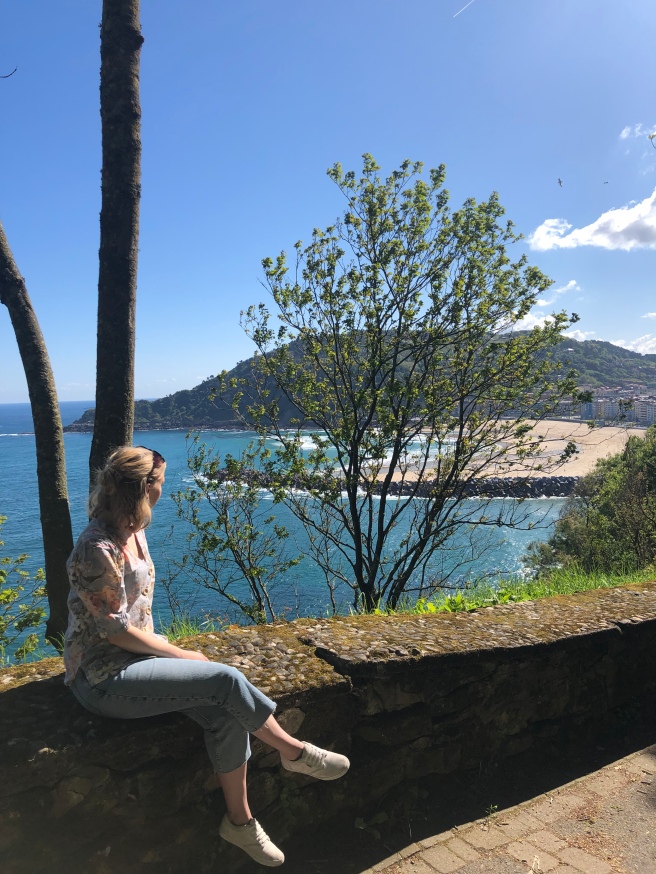 On the western side of La Concha is Monte Igueldo. There is a funicular railway that takes you to the top, but we decided to walk up. It is a pleasant walk with great views over the water and it’s along roads or steps all the way rather than dirt paths. Once at the top we were both surprised to see a slightly eerie, seemingly disused theme park – although we did see one of the rides in use a bit later in the morning. We strolled along the perimeter and looked out over the view from the opposite side of the bay this time. Monte Igueldo perhaps doesn’t have the historical significance of Monte Urgull, but it was a lovely walk and we saw a lovely lighthouse on the way up as well. 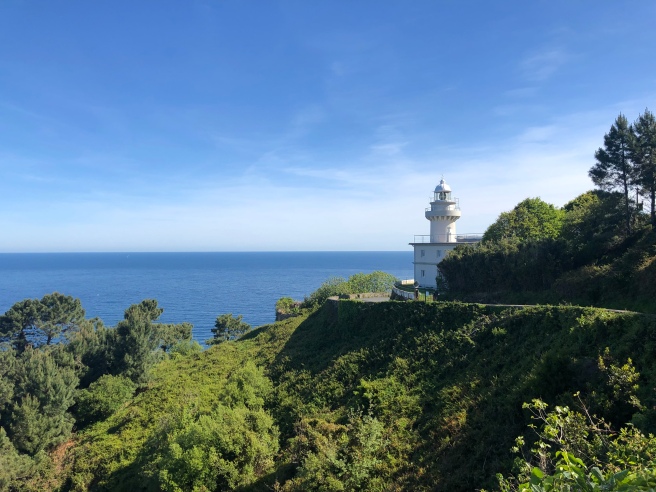 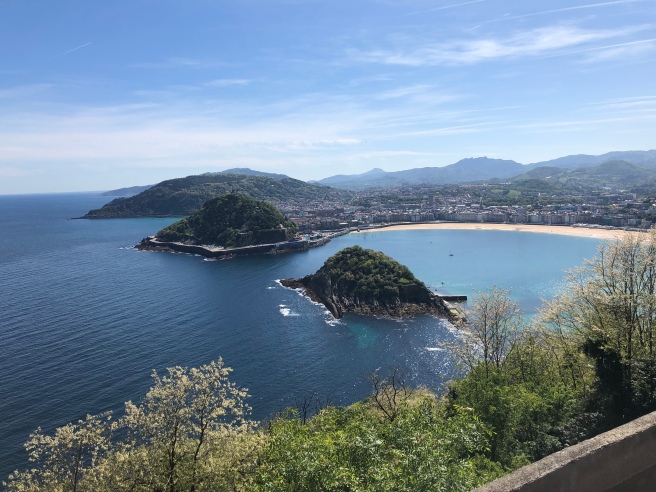 Just a little further along the beach from the entrance to the Monte Igueldo funicular railway is El Peine del Viento or “The Comb of the Wind“, a trio of steel sculptures designed by Eduardo Chillida and arranged by architect Luis Peña Ganchegui. On a windy day these sculptures are relentlessly buffeted by angry waves and the area can become quite dangerous. We saw them on a still morning, but there was a sense of quiet anticipation of the inevitable, as though patiently waiting for the next onslaught of water. 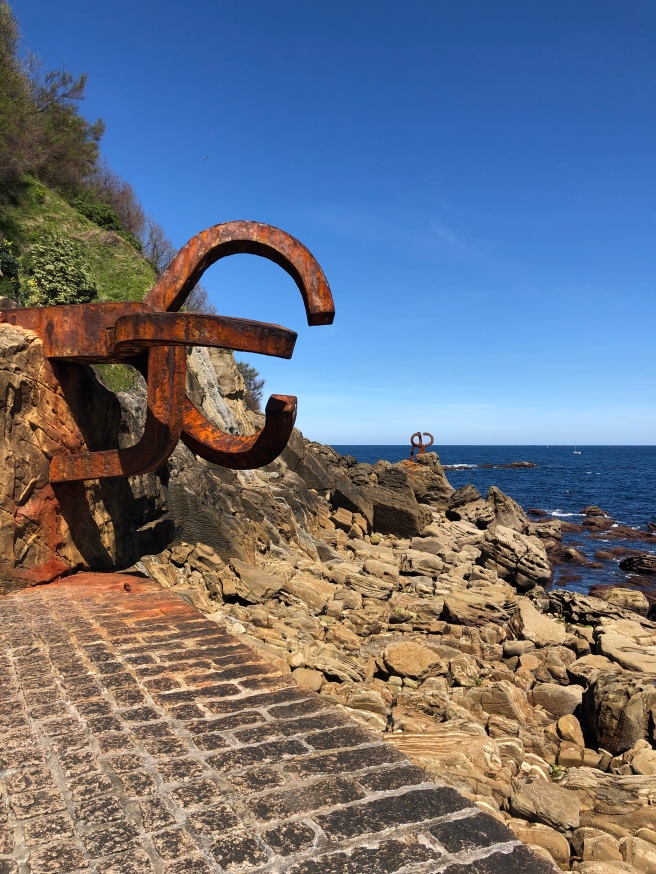 San Sebastián is a foodie’s paradise and one major draw is pintxos, the local Basque tapas. Locals enjoy going from bar to bar sampling each establishment’s specialties over a glass of wine. I’ve written about some of San Sebastián’s best pintxos here. One of my favourites which you can get at most pintxos bars is gilda: sweet, pickled guindilla chilli peppers skewered with anchovies and green olives – divine! 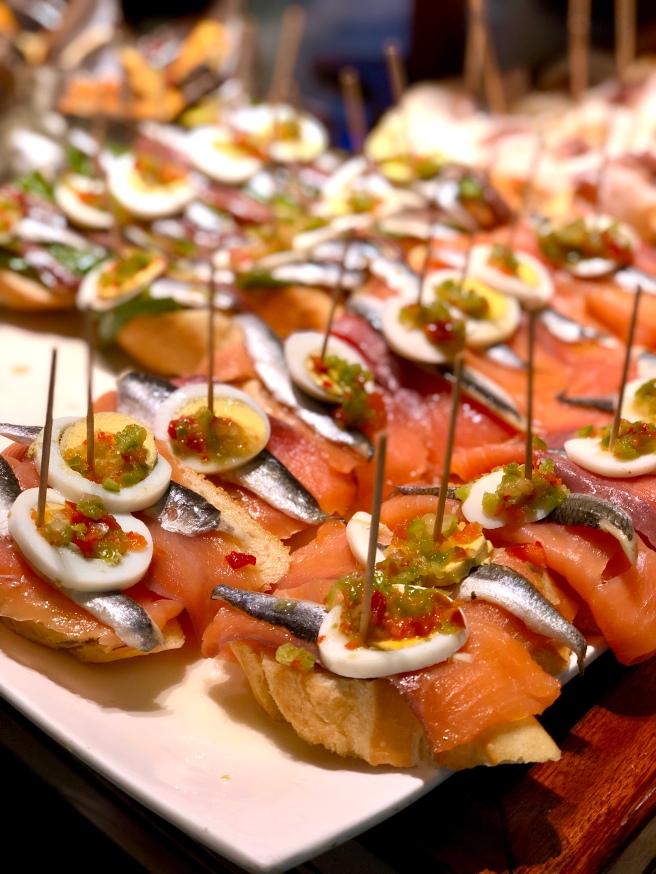 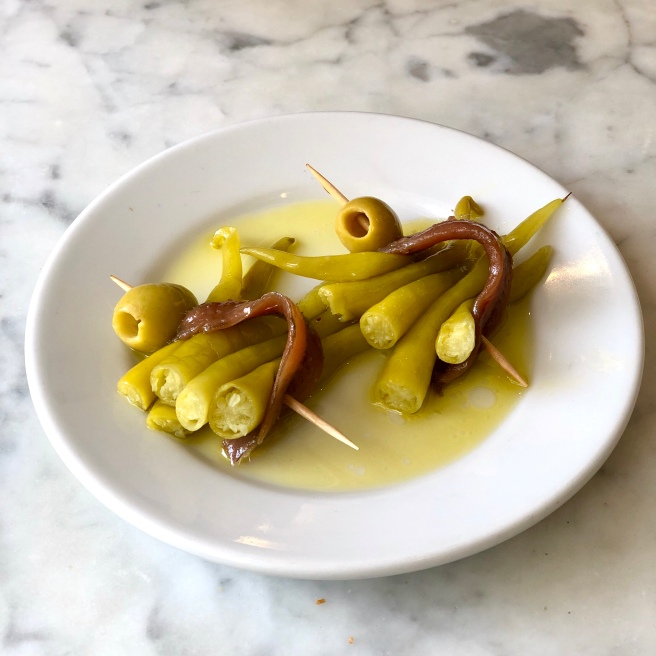 The pintxos scene isn’t the only draw for foodies in San Sebastián. The area has the highest number of Michelin stars per capita anywhere in the world! We celebrated my 30th with the tasting menu at Akelarre with some of the most amazing views over the sea. You can read more in my Akelarre post. 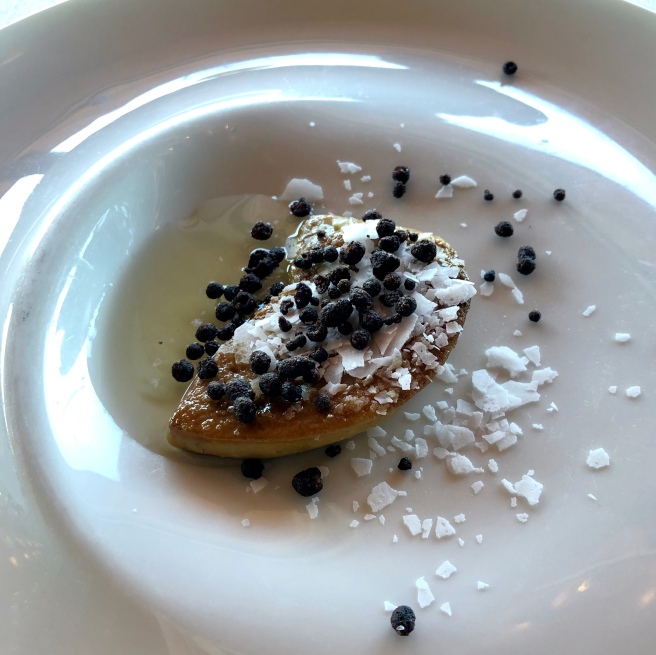 San Sebastián’s promenade has to be one of the most stunning places in the world to watch the sunset – I know it’s a bold claim but one that I stand by! We only caught it by accident would you believe?! I’m so glad we did as it firmly placed La Concha bay as one of my favourite sunset experiences that I’ve ever had.

I had a thoroughly amazing 30th birthday weekend and can’t imagine a better way to have spent it than in this beautiful town with my wonderful husband. I would go back in a heartbeat for a long weekend of sun, sea and pintxos.

Have you ever been to San Sebastián? What were your highlights?