Hanoi is almost synonymous with street food and some well known Vietnamese dishes originated in Hanoi and so I was so excited to eat some of my favourites right in the city where they come from. On our first evening in Hanoi we did a street food tour to throw us in the deep end of the best the city has to offer. We also leaned how to make a few dishes ourselves during our private Vietnamese cooking class with Apron Up. But what was the food scene like overall? Here are my highlights.

The single most famous Vietnamese dish – pho – and it all started here in Hanoi. The foundation of this fragrant noodle dish is a beef broth infused with spices and simmered for hours before being served with fresh rice noodles and even fresher herbs. It’s commonly eaten at breakfast but can be enjoyed throughout the day from street sellers and restaurants across the country. In Hanoi, a great place to go is Pho Gia Truyen Bat Dan in the Old Quarter. What they lack in décor they absolutely make up for in flavour. 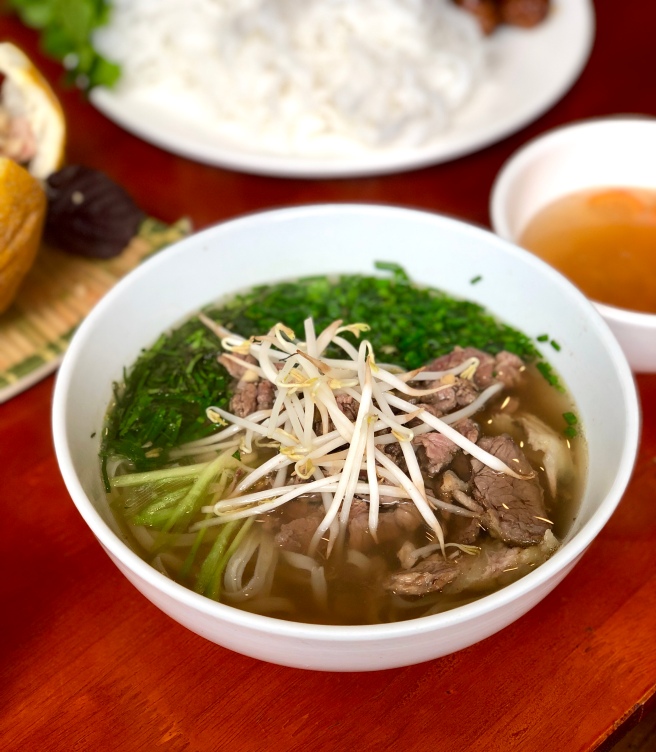 Bun cha is probably my favourite Vietnamese dish and I’ve been lucky to taste brilliant bun cha in London (more to come in a future post perhaps?!), so I was really excited to try it in its birthplace Hanoi. Grilled pork and pork meatballs are served alongside vermicelli noodles, fresh herbs, and a bowl of nuom cham dipping sauce that you mix everything into to your tastes. My favourite bun cha in Hanoi was at Bun Cha Ta on Nguyen Huu Huan. The meatballs had the perfect amount of char and were packed full of smoky, zesty flavour but without too much gristle which we found with other vendors.

This dish is made from flat pancake-like rice sheets that are steamed before being filled with a mix of ground pork and wood ear mushrooms. They are rolled up and sprinkled with crispy shallots and fresh herbs. We stood watching them being made at a street stall during our Street Food Tour and popped in to try them at Banh Cuon Nong Bao Khanh. They were lovely and light – a great snack or part of a street food crawl of Hanoi!

The beef papaya salad we had at the appropriately named Nom Thit Bo Kho was one of the best dishes we tried in Hanoi and one of the most surprising! I have to admit I didn’t think I’d be particularly amazed by a simple papaya salad, but this version with beef slices, sweet beef jerky, refreshing papaya and a sweet-salty dressing was so good we went back for more. It became genuinely difficult to walk past the stall without being at least a little bit tempted.

Vietnam perhaps isn’t known for its desserts, but the Che Nong Local Dessert restaurant on Hang Bac in the Old Quarter should be. They have an extensive menu purely of puddings with fresh fruit, coconut and rice at the core of most. My favourite was the pandan sticky rice with coconut ice cream. Yum! 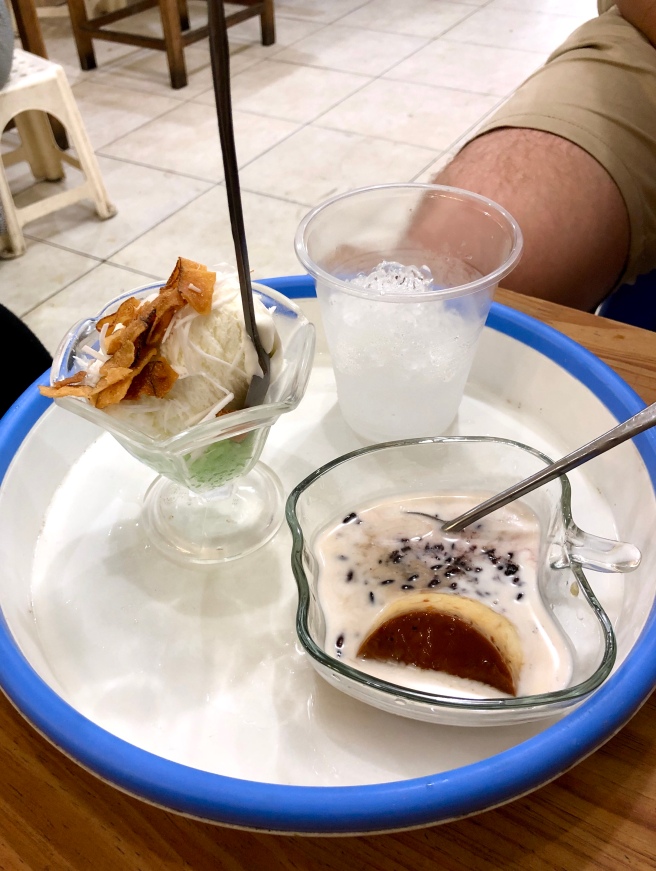 Another Hanoi staple, egg coffee was born out of times when milk wasn’t readily available and so a local barman and culinary genius decided to use sweetened egg yolks instead. It’s a sweeter, fluffier cappuccino and the place to go is Giang Café hidden down an alleyway off Nguyen Huu Huan. 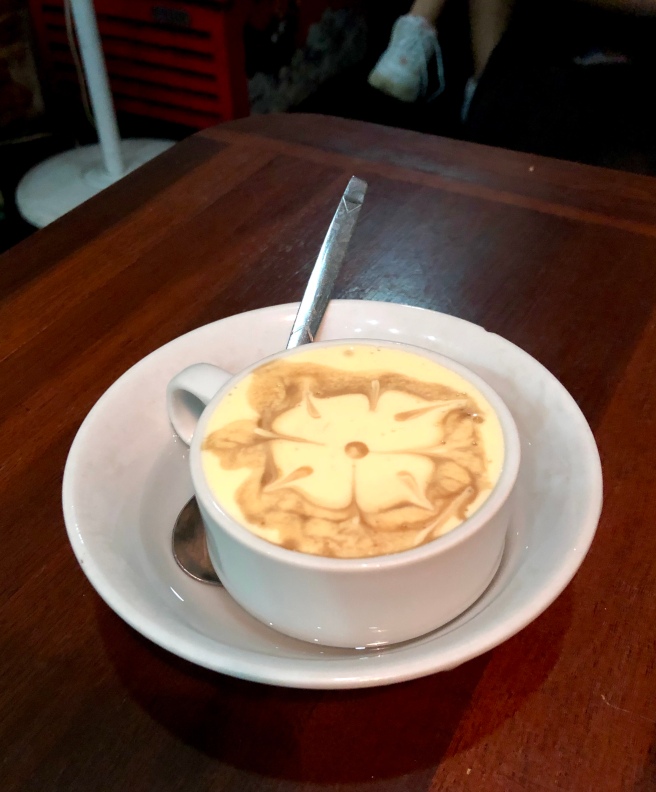 I always used to think that eating pizza in a country like Vietnam was a cop-out but finding good pizza in Hanoi is as exciting as finding it in London in my opinion. And variety is good for the soul, even when you’re on holiday! Pizza 4Ps has a few restaurants in Ho Chi Minh City as well as the capital, and their menu pushes the boundaries of what you can put on a pizza. For example, I never knew that salmon sashimi could be a perfect pizza topping until Pizza 4Ps enlightened me! The pizza is served hot and the salmon is laid on to the pizza at the table so that it is still super fresh and hasn’t had any time to cook through at all. The five-cheese pizza drizzled with honey and the chicken teriyaki topped with nori flakes were also delicious.

A little taste of French crème glacée, Fanny Ice Cream serves a huge range of delectable ice creams. You can order a cone to take away but we decided to eat in and order from their menu of stunning frozen creations!

Hopefully that’s given a taster of some of my Hanoi food favourites. My mouth is watering as I’m writing – how often must I have written that sentence. The perils of food blogging!