The Chiang Mai Lantern Festival, Yi Peng, and the Loi Krathong are two separate festivals that happen to coincide to form a magical spectacle of lights and celebrations. Held on the evening of the full moon of the 12th month of the Thai calendar, the festivities happened to fit in perfectly with our trip to South East Asia.

Loi Krathong literally translates to floating a krathong – a handmade basket or arrangement of flowers and banana leaves. People place these beautiful arrangements on the river as an offering to the goddess of water and ask her to take away any suffering or problems.

Our hotel, U Chiang Mai, had workshops so that guests could make their own krathong which they could then float on the swimming pool or take to the river. They gave us a banana tree trunk base, taught us how to fold the banana leaves to make the basket shape, and then we filled them with beautiful purple orchid and yellow marigold flowers. They were finished off with some incense sticks and a small tealight. 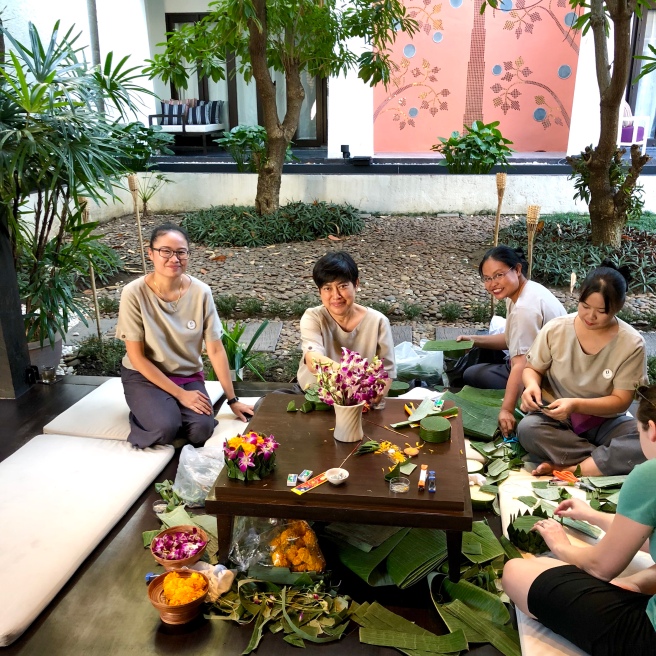 We took our krathong and walked along to the river to release it on to the water. There were lots of stalls selling them as well and it was a lovely sight watching the little lights bobbing along in a little flotilla.

Yi Peng is the Lantern festival, held on the full moon of the second month of the Lanna (Northern Thai) calendar. Thousands of lanterns are released in to the air to create an incredible sight. The view of the glowing lanterns rising into the night sky and floating up and away is mesmerising.

There used to be organised events where lanterns were released all at the same time, but the tickets have become quite pricy and exclusive. A lot of people gather along Tha Phae Road near to the Naowarat Bridge and just start releasing them once there are lanterns beginning to appear in the sky around. If you want to release one, there are plenty of people selling them in the street so you won’t have a problem. Expect to pay around 50 – 70 baht. There were a few numpties releasing their lanterns before they had filled with enough hot air to properly rise, or directly into trees. Nobody wants to be that person! Although, I guess the sense of danger added to the fun… 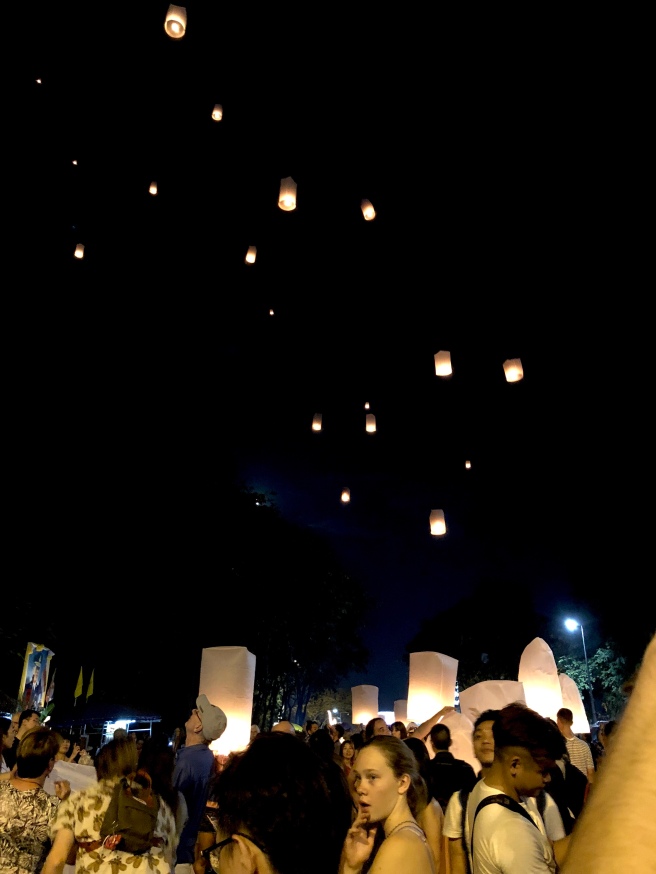 The Thai government organise a huge clean-up operation the following morning to make sure that no stray lanterns are left to pollute the area.

Local communities, groups and businesses take part in a huge parade with people in various traditional Thai dress and glittering floats. It literally went on for hours. We saw the start, decided to go and grab some food, and it was still going when we came back! Apparently beauty pageants are a big thing during Loi Krathong, although I’m not clear on the history of it. It was fun to watch nonetheless. 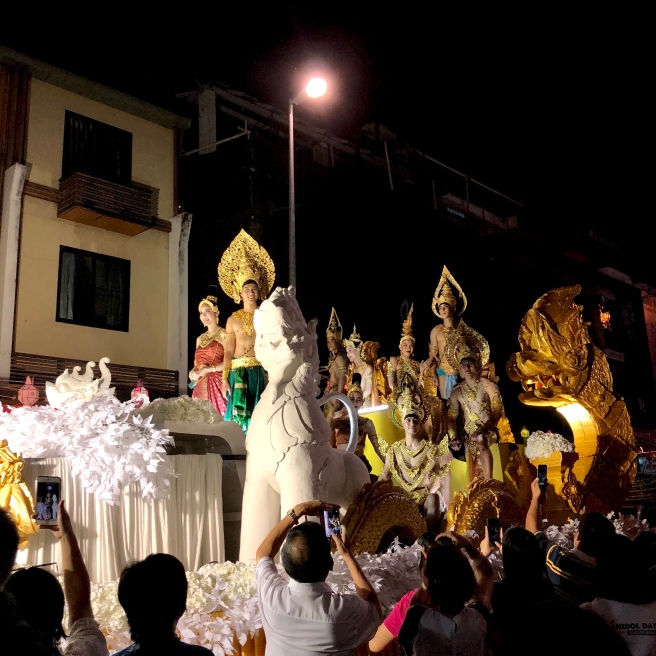 I’m so glad we were able to visit Chiang Mai during Loi Krathong and Yi Peng. The atmosphere throughout the city has been fantastic and I am grateful to have been able to celebrate with the locals and honour their traditions.

One thought on “Visiting the Chiang Mai Lantern Festival”