It’s not often these days that Mark and I find ourselves in London for the whole weekend, so it was exciting to be around when there’s something going on that we were particularly keen to do! With family visiting at the weekend, we headed to the Apple Day festivities at Borough Market.

I first learned about Apple Day in Pete Brown’s book, The Apple Orchard, which I read earlier this year. If you haven’t come across it, it’s a great book for anyone with even a slight interest in the history of apples and orchards in England and some of the traditions surrounding them. Apple Day is actually a very recent festival started by a group called Common Ground in order to raise the profile of apple varieties outside of the limited number you can find in supermarkets these days. It’s official date is the 21st October, but events are held on the surrounding weekends and throughout October. It’s truly a celebration of the apple, with hundreds of varieties on sale up and down the country, gardening and orchard tips, apple juice and cider, cookery demonstrations, apple bobbing and traditional games, and sometimes harvest parades and celebrations.

The day opened with the sound of a bell tolling, followed by a procession and worship led by Southwark Cathedral. Later on there was a harvest parade where a Corn Queene was carried through the market accompanied by a Green Man or “Berry Man”. Morris dancing went on throughout the afternoon and there were plenty of activities for children including conker competitions, storytelling, and some live animals to see. 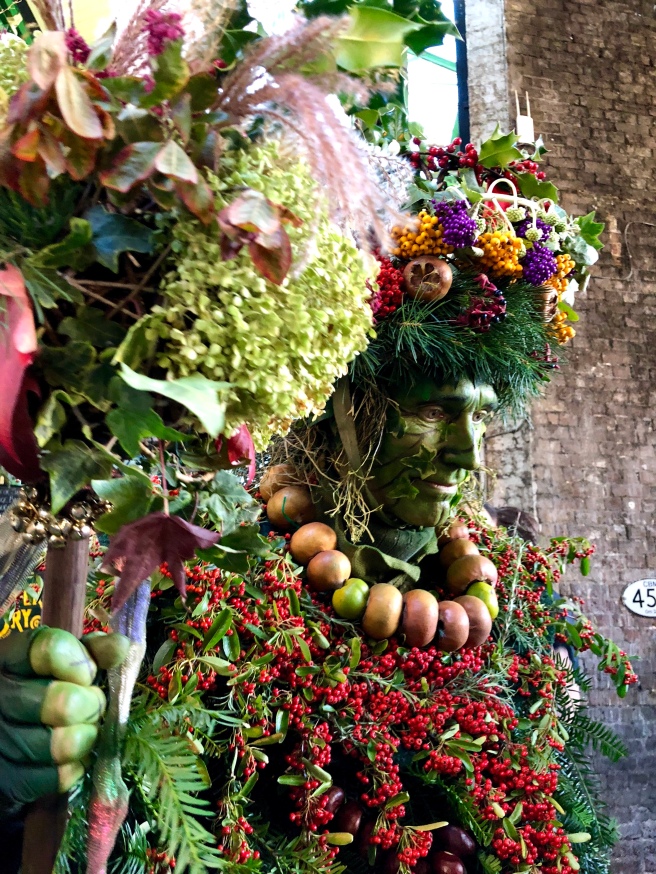 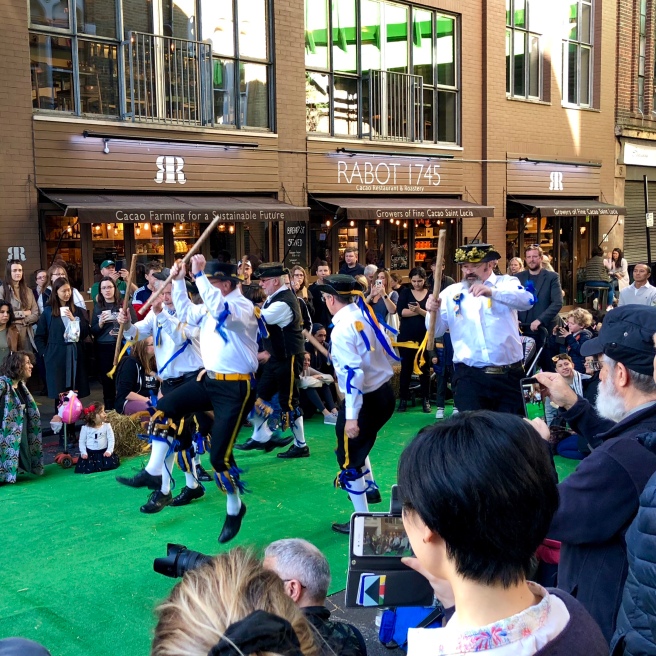 The demo kitchen was tucked around a corner, but plenty of people were there to see Kathy Slack of glutsandgluttony.com rustle up some yummy food with the season’s best produce.

Clearly it wouldn’t be Apple Day without some apples! There were opportunities to sample a range of different apple varieties including some older and rare types, and plenty of stalls selling apples, apple juice, and cider. There was even a stall selling knitted apple cosies! Well if you can’t do that on apple day then when can you? For lunch, I couldn’t resist a pork bun with stuffing and apple sauce from Hobbs, and rounded out the afternoon with a hot cider from the New Forest Cider stand. 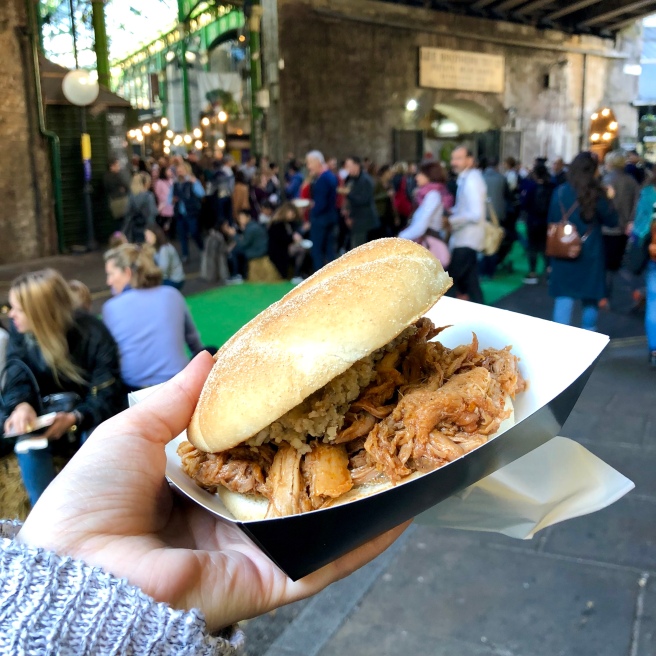 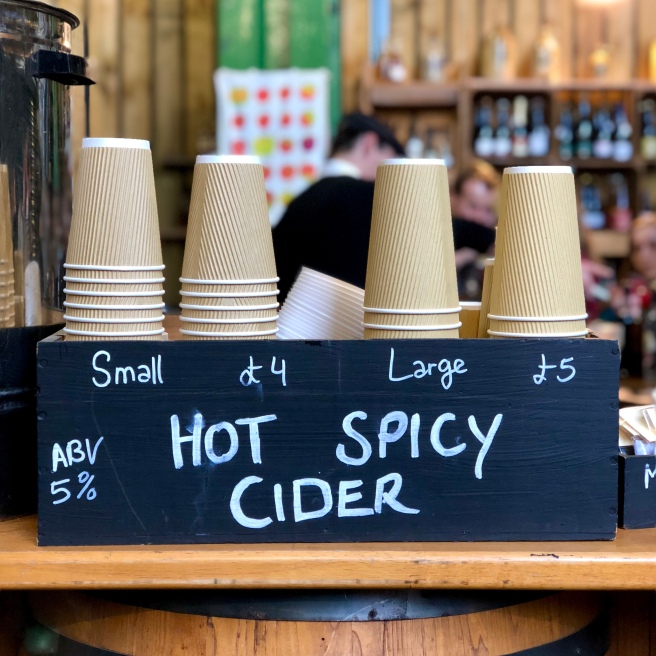 Autumn is absolutely my favourite season and I loved seeing all the huge piles of seasonal produce on show in the market in general – stacks of colourful and knobbly gourds, beautifully delicate punnets of wild mushrooms, and gleaming, glossy tomatoes.

It’s a rare opportunity to be able to visit Borough Market on a Sunday, and the weather and cathedral bells certainly added to the magic of the occasion. I have to say it was very busy, so I might seek out a more local alternative for Apple Day in future years, but I’m glad to have experienced it this year. It’s great to acknowledge some traditional English festivals and celebrate an often-overlooked fruit. Apples have such a history in this country, so I think it’s important to get involved with a festival that aims to protect this fruit and the varieties we are at risk of losing.