In 2015 I had the privilege of staying with my Japanese friend’s family in Tokyo for two weeks in February/March. They were such kind and generous hosts and I took away so many amazing memories from that experience. My trip happened to coincide with the Japanese festival of Hinamatsuri, also known as the Doll Festival or Girls’ Day, and I wrote a little bit about it as part of my 365 project here. To me it’s a cherished memory, a celebration that spring is coming, and an opportunity to eat great food, decorate with blossoms and soft spring colours of pink and light green.

Every year on 3rd March, families across Japan, particularly those with girls, decorate their houses with collections of traditional dolls dressed in the traditional clothing of the Heian period, although the dolls didn’t start being used in celebrations until the later Edo period. The doll displays vary a lot in size and the objects and dolls they include, but at the very core is the Imperial pair, the emperor and empress dolls. My Japanese friend’s family gave me this beautiful paper Hina doll ornament when I was there for Hinamatsuri back in 2015, and I display it every year on the 3rd March.

Houses are decorated with blossoms at this time of year and they are often still in bud form for Hinamatsuri. I was really happy to find these blossom stems from the kiosk outside the Centre Court entrance to Wimbledon Station. 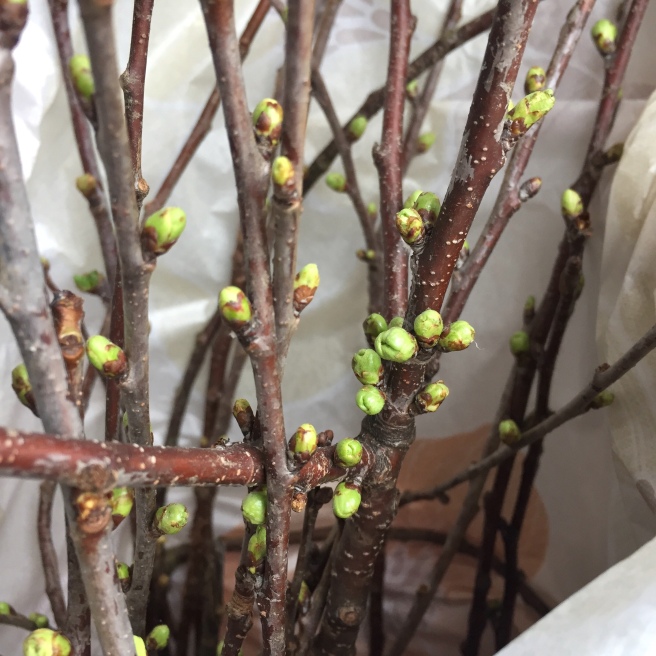 Hinamatsuri is all about lots of pinks and greens and spring colours (spring IS coming despite the recent Beast from the East!), and these hina arare from the Japan Centre matched the theme perfectly. Hina arare are small, slightly sweetened rice crackers that come in beautiful colours and are eaten during Hinamatsuri in Japan. 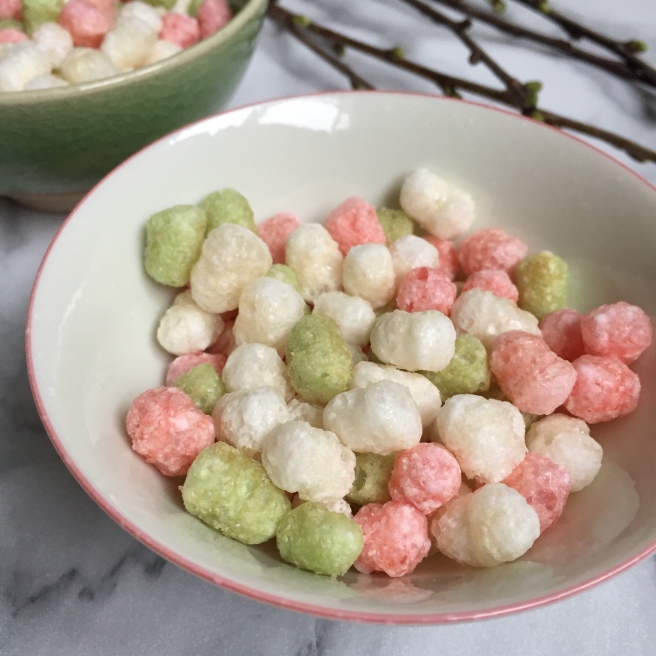 Chirashizushi is the traditional meal eaten for Hinamatsuri, which is essentially a bowl of seasoned sushi rice topped with sashimi, egg, nori and other toppings. I decided to have a go at something I’d seen pictures of on a couple of blogs – a chirashizushi cake! I cooked the rice, seasoned it with sushi vinegar and layered the rice in a square cake tin lined with clingfilm so I could get the sticky rice out once it was layered and shaped. For the green layer I stirred in some nori flakes, and for the pink layer I added a tiny spoonful of the juice from a jar of beetroots and it worked perfectly! You could also use chopped crab sticks to get a lovely mottled pink effect. Traditionally I think it’s common to use shredded codfish, but I wasn’t able to get that. Once the rice layers had cooled in the fridge, I took the cake out of its mould and got to work on the really fun part – decorating! I started with a layer of shredded omelette to give the yellow base colour, and then placed some tuna and salmon sashimi over the top. I added some prawns, mange tout and cucumber, and finished off with the beautiful orange ikura roe which just look like little gems scattered over the chirashizushi cake and give delicious little pops of flavour.

I was a bit disappointed that I couldn’t find clams – a traditional accompaniment to chirashizushi is a clear clam soup, with clams representing a happy couple. I’ll look a little harder next year to find them as it’s a lovely addition to the Hinamatsuri table.

I made some hishi mochi, which are a layered mochi sweet in the traditional hinamatsuri colours of pink, white and green, although I had to improvise as the traditional ingredients aren’t so easy to find in the UK. I made the base mochi layer with matcha which gave it a really deep green colour rather than the traditional pastel green, but it gave it a gorgeous tea flavour, so I wasn’t too worried. I’ve seen recipes that use coconut milk which I’m intrigued by – I might try that next year. 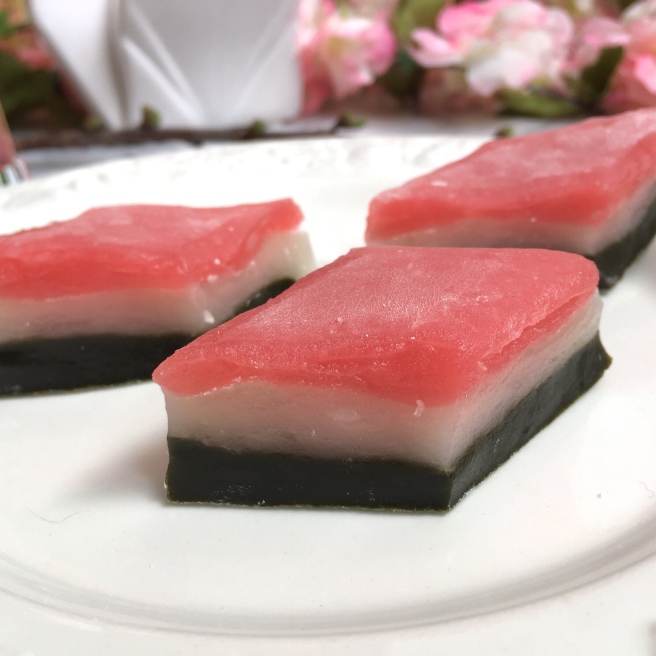 Ichigo daifuku, mochi with red bean paste and a whole strawberry inside, are another common dish to eat around this time, and they are super delicious – maybe give them a try?! I can’t wait until strawberries to be back in season in the UK so I can make some… 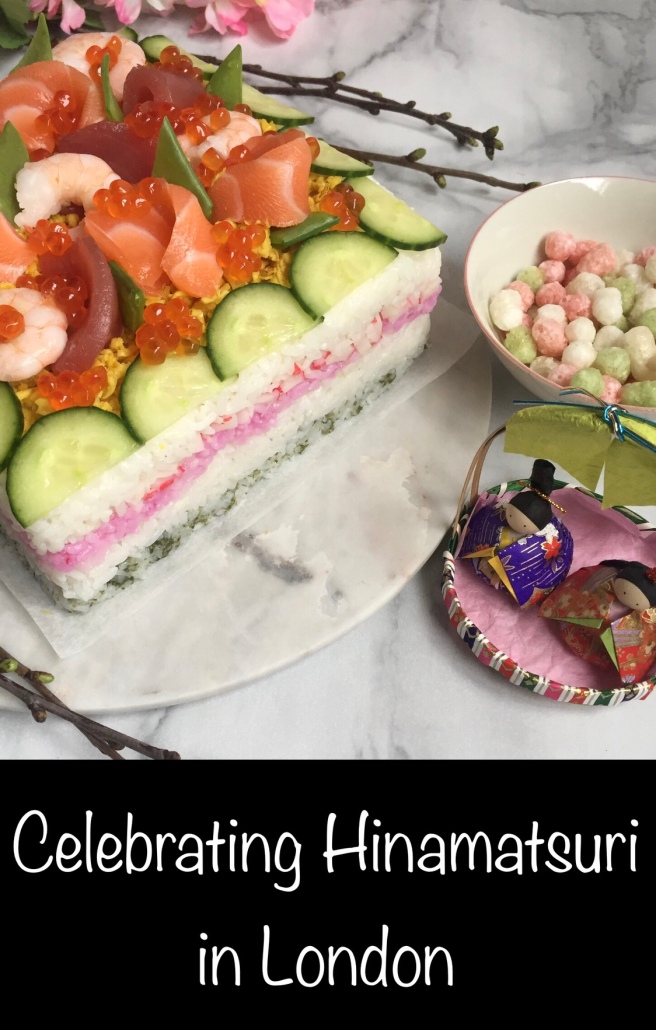