This morning we headed towards Midtown for a museum/shopping day as the weather was fresh! We had our breakfast at Pick a Bagel, a popular spot with a huge range of bagel and topping choices from savoury fish, onion or egg to sweet strawberry cream cheese. I tried the pumpkin bagel with walnut and raisin cream cheese. The toasted pumpkin bagel was still fluffy and soft inside and had a slight sweetness to it. On top was a huge slathering of walnut and raisin cream cheese with hints of cinnamon for a pretty special autumn brekkie! 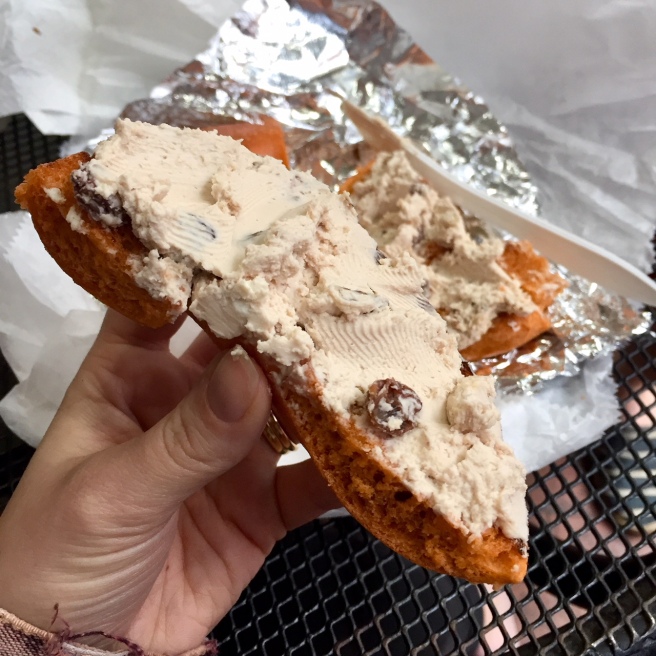 The Metropolitan Museum of Art building, designed by the same architect behind the pedestal of the Statue of Liberty, sits grandly on the edge of Central Park with a huge stone facade with stone steps and fountains. Like any big city museum, The Met is huge and has absolutely loads to see. We picked the exhibits that we most wanted to see and stuck to those rather than biting off more than we could chew. First on the list was the American Wing with iconic portraiture and examples of lavish furniture, decor, and stained glass. Mark was pretty keen to see the armour and weaponry rooms which I have to say had some really cool stuff. We finished off with the Japanese bamboo art exhibit with some really beautiful bamboo sculptures. 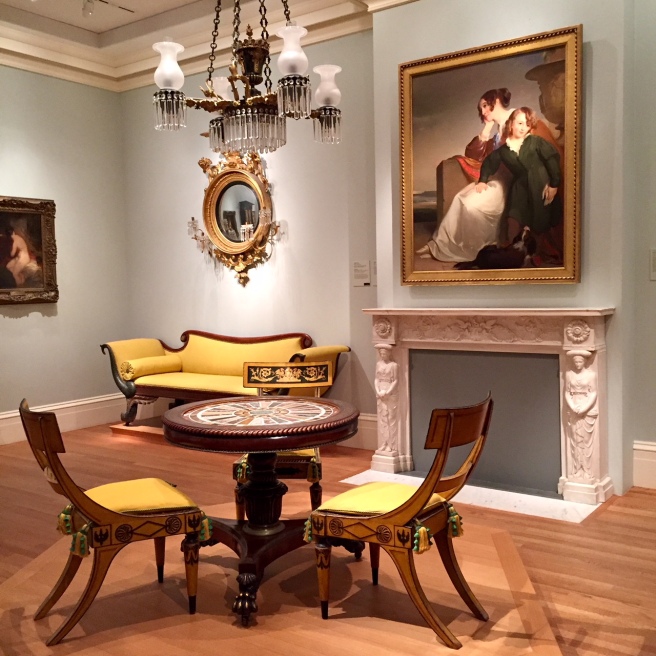 Working up an appetite for lunch, we took a short stroll through Central Park, and enjoyed watching the squirrels go about their autumn nut-burying.

We stopped off at Rue 57, recommended to us by a friend, for a late lunch. Rue 57’s offering is a somewhat confusing blend of French bistro fare and Japanese sushi. I have to admit I found the menu lacking in French food, but it had plenty of general classics that you find in the US like Reubens, Cuban Sandwiches and other such dishes. I opted for the Cuban Sandwich, and Mark went for the burger with a very mild Roquefort. Both were very satisfying and we enjoyed the classic restaurant interior and friendly service. 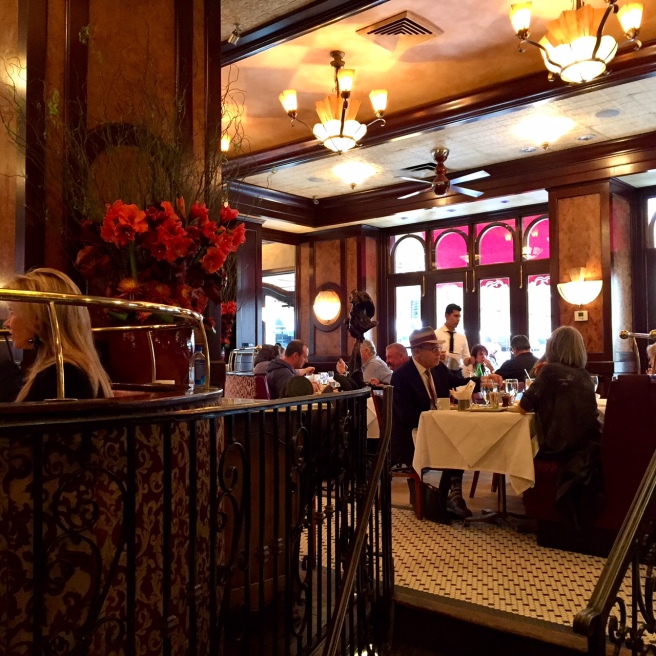 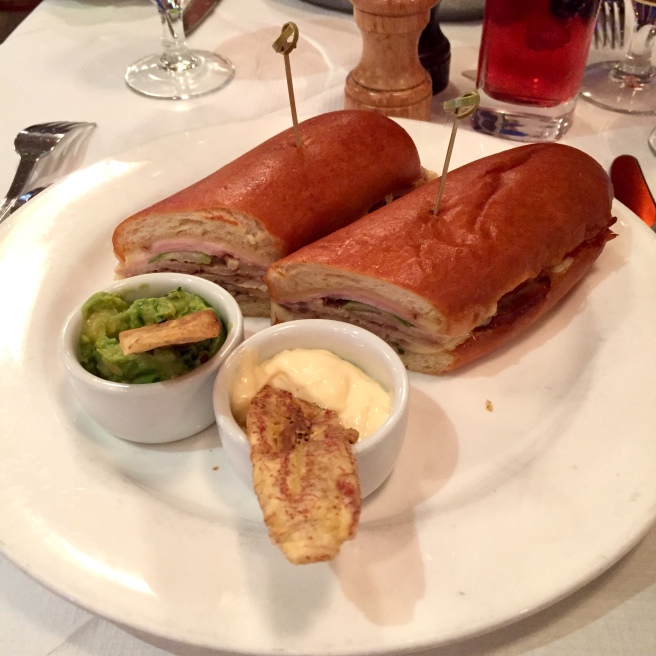 Shopping was the agenda for the afternoon to warm us up after our walk, with visits to the classic Bloomingdales where I stocked up on some cosmetics. We wandered around Macy’s too, and the Manhattan Mall where I found some cute velvet pumpkin decorations in JC Penney.

Back at the hotel we relaxed for a while watching a Halloween baking competition on TV where contestants worked in teams to build ghoulish creations for a panel of judges. It was pretty amazing what they could do with a bit of pumpkin, sugar and chocolate in a limited timeframe.

With the feeling back in our feet, we decided to explore Hudson Eats and Le District, both located in the Brookfield Place complex with views out over the Hudson. Hudson eats is essentially the equivalent to a shopping centre food hall with a few permanent counters serving things like burgers, salads, sushi and so on. It certainly isn’t on the same level as markets like Smorgasburg, but it’s a good option if you’re in the area and the views out over the Hudson are pretty – especially in the daytime.

Le District is a slightly smaller, French version of Eataly, with areas where you can find cheese, breads, meat, fresh produce etc to take away, and also the option to eat in as well at their various bar areas. 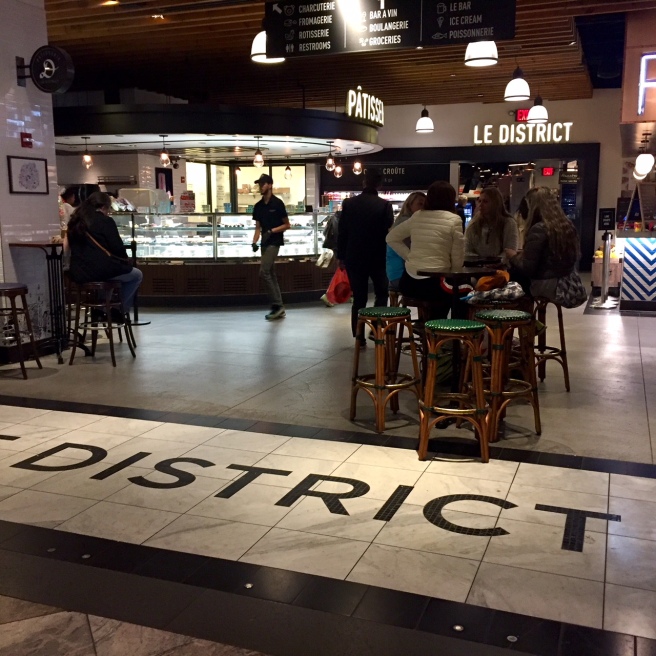