We started our morning on Sunday at Eataly, an Italian indoor market at the top of the Westfield WTC shopping mall. This is a dream come true for anyone who enjoys cooking or eating Italian food. No area of Italian cuisine is shortchanged at Eataly with separate zones celebrating cheese (including a mozzarella lab), pasta, bread, wine, gelato, pastry and more.

We felt that Eataly would be a strong bet for a morning coffee and they certainly delivered. We ordered the Espresso Napoletano from the Lavazza cafe: espresso with a sweet hazelnut cream which was just like drinking coffee with Nutella.

After our morning coffee, we carried on to the World Trade Center 9/11 memorial where two great square pools stand where the two towers used to be. The fountains pour into the middle and down into a depth that you intentionally can’t see the bottom of, representing the horrifying events of 9/11. Around the edge of the fountains are the names of the 3000 people who lost their lives that day.

Alongside one of the pools is a tree known as the Survivor Tree. The tree was snapped in the destruction, but was nursed back to health as a symbol of healing.

The museum was hard-hitting, as I expected it to be, as you walk down under the memorial pools and see the foundations of the original buildings. The outer museum contains a number of fragments from the original towers, alongside commemorative art pieces and a gallery with photos of all of the victims. There’s also an inner museum which contains most of the museum’s exhibits and information and is definitely worth a visit. I think it goes without saying that, although a sombre event, the 9/11 memorial and museum are a must for anyone visiting the city. 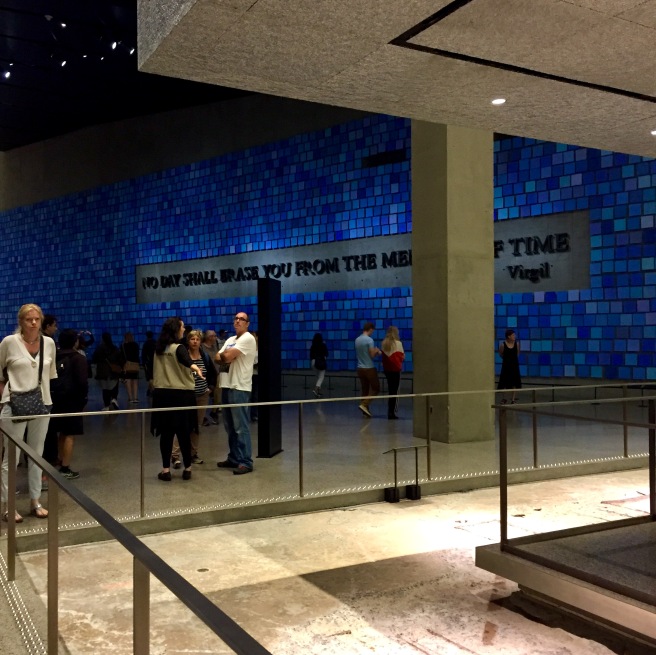 After spending a good few hours at the WTC site, we made our way via Chinatown to the annual Pickle Festival on Orchard St where rows of stalls serving pickles and other foods were bringing in crowds upon crowds of punters. We battled our way to the front of one queue to try a combo platter of pickles. There was one queue that stretched down the street for a stall selling fried pickles. As much as it intrigued us, we didn’t fancy the wait and so we moseyed on. 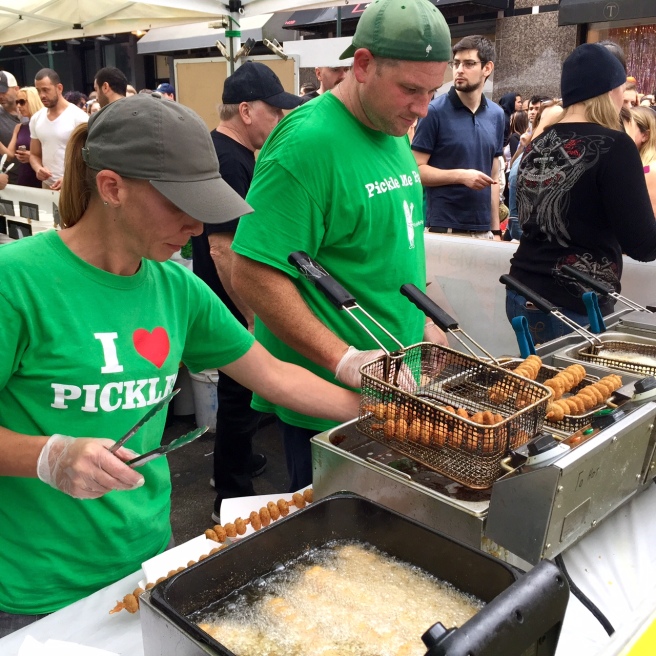 One of the restaurants at the top of my list since starting to plan this trip has been Momofuku Noodle Bar, the original Momofuku and cousin of the CCDC branch I visited in DC last October. We headed there for lunch and filled up on delicious noodles. I went for the classic Momofuku ramen with pork belly, pork shoulder, and a poached egg. Both pork elements were beautifully cooked and the poached egg was silky soft and melted into the broth and noodles as I ate. I can also highly recommend the Thai basil lemonade – a tasty flavour combo and really refreshing! 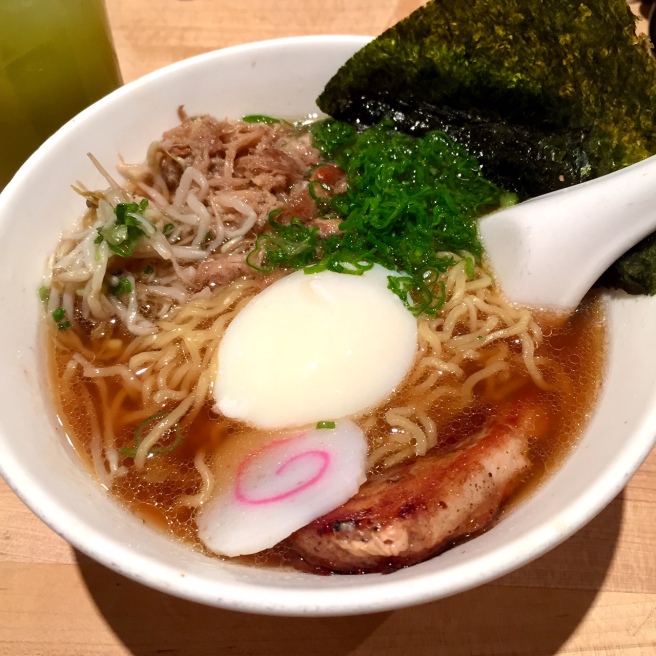 We took the subway to Grand Central Station on our way to Times Square. The station’s grand architecture is stunning and in an intersection of passageways there are the Whispering arches where two people can stand at opposite corners facing the wall and talk to each other as though they’re standing next to one another. 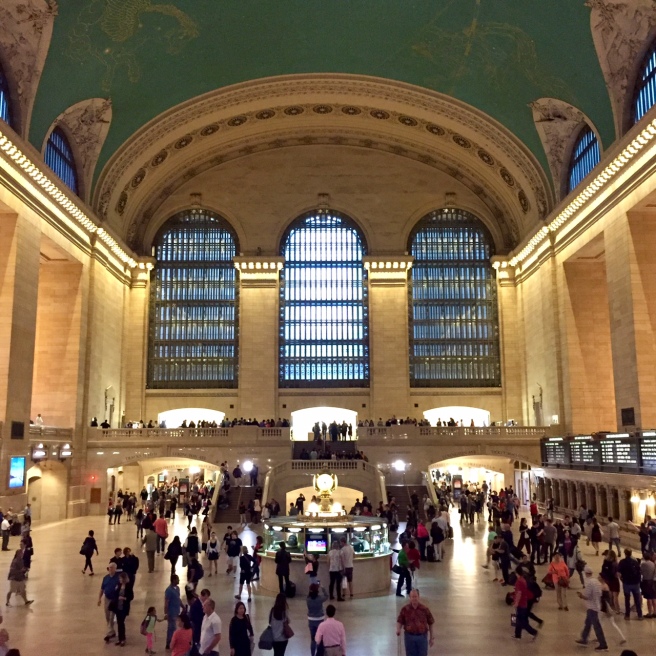 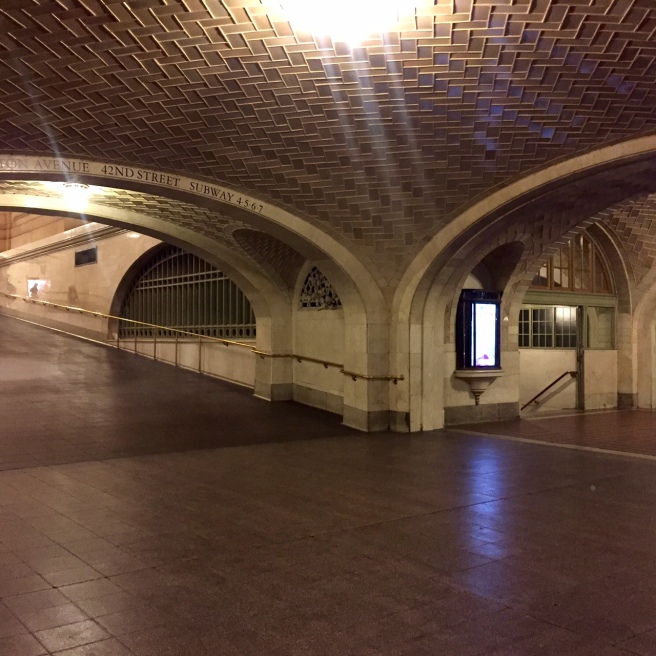 On we wandered to Times Square where huge billboards dazzle with adverts and flashing lights. Aside from that, there isn’t a huge amount to see of the square itself. 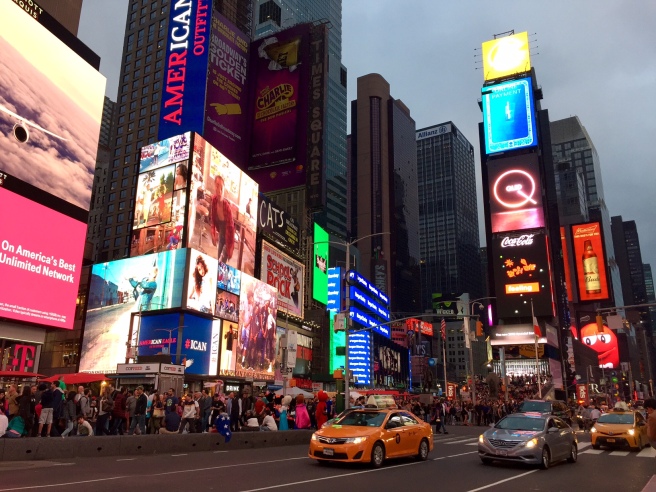 We walked via Park Avenue to see if we could find somewhere for pizza following a vague google maps suggestion. Thanks to a kind fellow randomly approaching us in the street (my favourite…but it worked out well this time) we managed to find Patrizia’s, a buzzing Italian restaurant. My Diavola had a great Neapolitan doughy base with a good crust and a fresh tomato sauce that really complemented the other salty and spicy ingredients, and of course the cheese. They brought us a garlic oil as well that packed a real chilli-herby-garlic punch – at least we both ate it I suppose!