The buzzing capital of Vietnam certainly meets expectations where hustle and bustle and motorbikes are concerned. But Ho Chi Minh City (or HCMC) is more than the rumble of motorbike engines – there’s a fair amount of history here, particularly relating to the Vietnam War, and foodie destinations too (more on that here). Here’s just a few highlights. 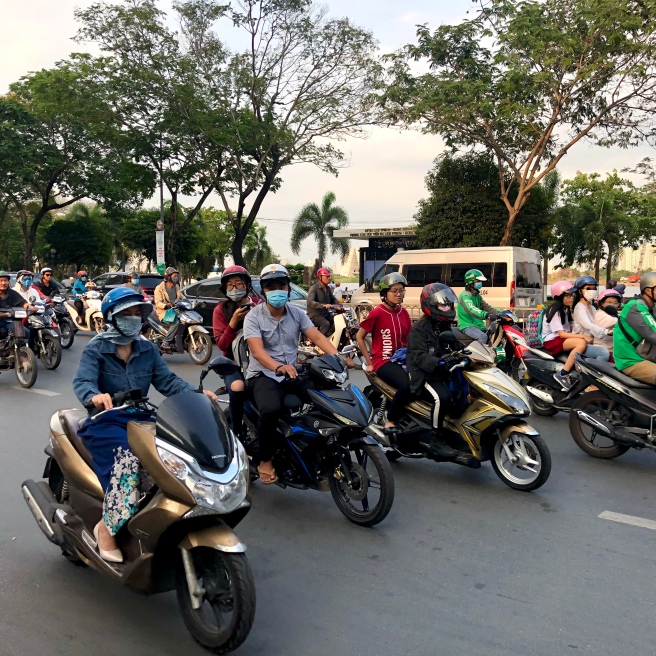 Left as it stood when tanks crashed through the gate ending the Vietnam War, the Independence Palace or Reunification Palace is a time capsule of 1960s grandeur. The levels above ground hold conference halls and reception rooms all with incredible decor. From the roof you can see where the palace was bombed during the war marked by two red circles. There is also a bunker with war rooms containing countless maps and communications devices. It got pretty uncomfortable down there when there were big tour groups milling around, but it was super interesting to see. 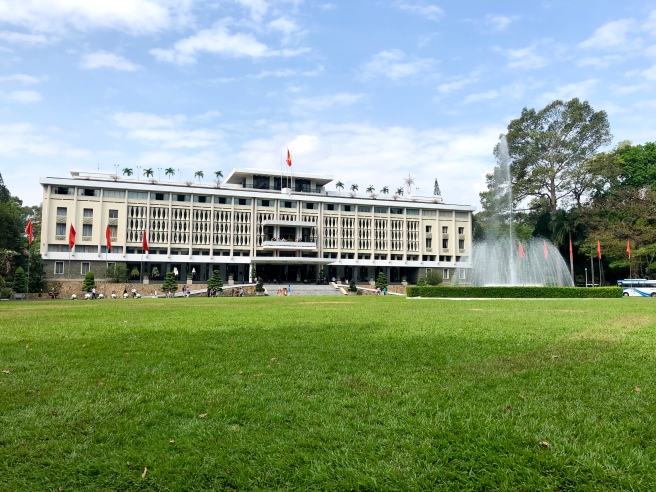 Another of the main Vietnam War sites to visit in HCMC is the War Remnants Museum. It’s forecourt has a number of military aircraft and inside you can see a number of exhibition halls each with a different theme or perspective of the war. It is a tough museum to look around as some of the photos and descriptions are harrowing, but it is really informative. Compared to other museums in Vietnam it’s actually fairly balanced as well and doesn’t come across as particularly biased. There were a few families there having some challenging conversations with their fairly young kids – personally I’d be wary of taking kids that might struggle with the brutality of the war as it’s not to be underestimated. 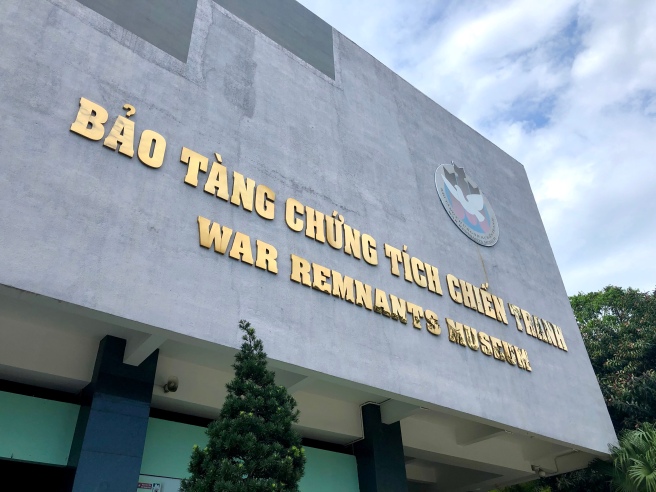 Originally built as the Saigon City Hall, these French Colonial-style buildings are now the Ho Chi Minh City’s People’s Committee Building. It isn’t open to the public, but the striking architecture is great to see and there’s a frangipani-lined garden in front of it with a statue of Ho Chi Minh himself.

Located next to one another on busy corners of Cong xa Paris, Notre Dame Cathedral and the Saigon Central Post Office are grand examples of French-Indochina-era architecture. We weren’t able to enter the Cathedral because of ongoing refurbishment works, but it’s pretty spectacular from the outside. We were able to go in to the Post Office which was incredibly busy – I wouldn’t want to have to go there to actually get anything done – but it was interesting to see the style of the interior with old maps on the walls and wood-panelled booths. 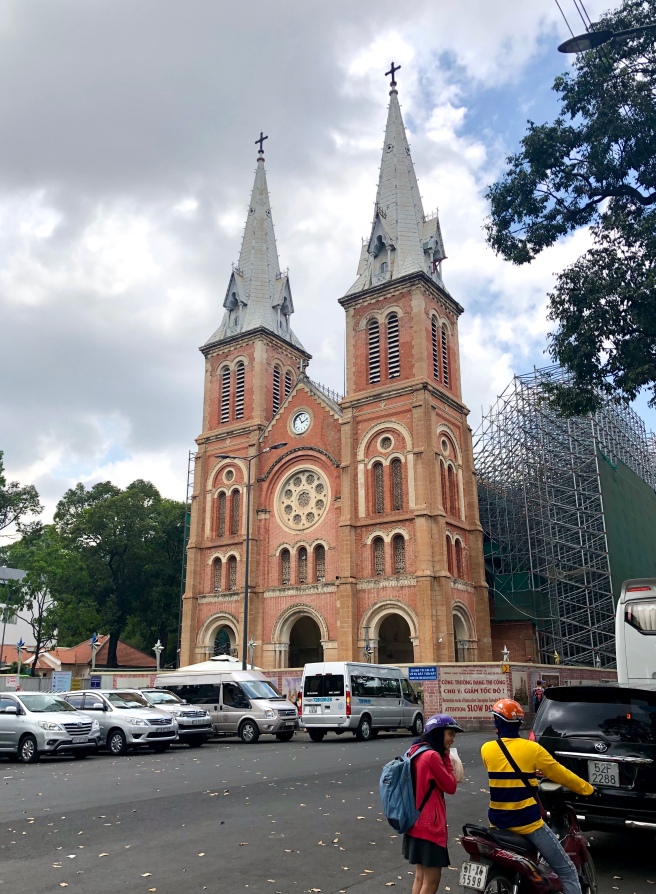 There’s no shortage of shopping in HCMC from department stores to street markets, but a couple of shops stood out for me. Saigon Kitsch on Ton That Thiep sells propaganda posters, souvenirs and homewares, and Artbook on Dong Khoi has books as well as film, propaganda and souvenir items.

Of course there was also all the great food I wrote about in my Ho Chi Minh City: Food & Drink Highlights post.

Have you been to Ho Chi Minh City? What were your highlights?