You may have noticed that I’ve been somewhat MIA for the last month or so. I actually started a new job at the end of July and whilst I’m having a great time learning the ropes of a new role, it’s been pretty exhausting too. Summer can be hectic at the best of times, so I’m sure you’ll understand why I’ve been taking a bit of a break from blogging.

So with the new job, I’ve had quite a specific set of food cravings. I’ve been wanting something summery, yet comforting. Something you can eat curled up in front of Masterchef Australia (YES it is BACK!), yet feels like a bit of a celebratory pat-on-the-back too. Well, ladies and gentlemen, I think I may have landed on something that ticks all of the boxes. I present to you my coffee semifreddo ice cream with Pedro Ximénez sherry! 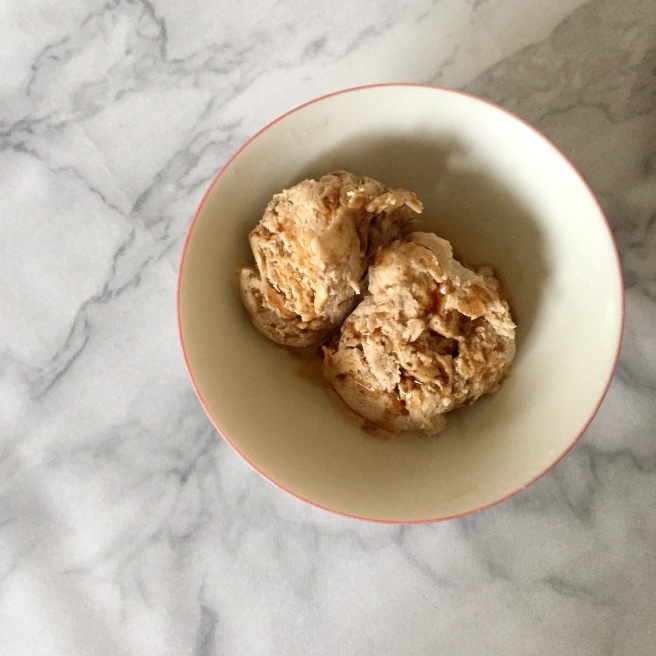 Ice cream is perfect for warm days and feeling summery, but also as a comforting snack when it’s grey and cold. Semifreddo essentially means semi-frozen and is a bit different to ice cream in that you don’t need an ice-cream churner. The texture is more like a soft, creamy, frozen mousse. That combined with the sophisticated flavour of coffee makes this a real grown-up pudding!

The icing on the cake though, and the staple to any extra-special ice cream dessert, is the syrup! Pedro Ximénez is a type of sherry made from grapes that are dried to intensify their sweetness and flavour. The result is a dessert sherry that is rich and sweet with a distinctive molasses flavour. It’s like drinking raisins! It is also has a syrupy consistency compared with other types of sherry, making it perfect for pouring over my coffee semifreddo without having to do anything at all to reduce it! I bought this beautiful bottle of Urium Pedro Ximénez at The Epicurean drinks and food festival last year which I’ve written more about in this post. It is so silky smooth and drinking it is like snuggling up in a soft blanket! 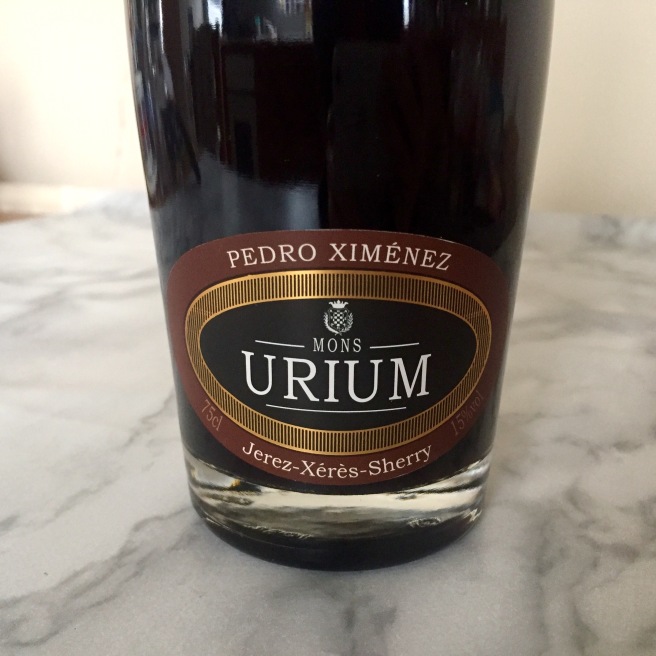 And there you have it, a perfectly grown-up, indulgent dessert because you probably deserve it!