Our trip to Edinburgh really felt like the kick-off to our Christmas season with Mark’s sister, Claire, playing Christmas songs in the apartment (including some bagpipe numbers!) and Christmas decorations starting to appear all around. We had booked a late dinner reservation one evening and decided to head to The Dome on George Street for some pre-dinner drinks.

A friend at work had recommended The Dome for drinks and said that now is a particularly good time of year to go because they have beautiful Christmas decorations – she wasn’t kidding! The building is stunning outside and in, with a façade of grand Graeco-Roman columns that were entwined with Christmas lights. As we entered the foyer we were greeted by incredible silver-white floral displays, the most beautiful chandelier and garlands of silver baubles adorning almost every inch of the room. Some people might consider that over-the-top, but I thought it was really tastefully done and actually a perfect amount of Christmas decoration for what is quite an ornate building.

We headed through a little archway into an enormous room with a domed ceiling (as you’d of course expect) and a Christmas tree of such epic proportions you should absolutely go and see it for yourselves! 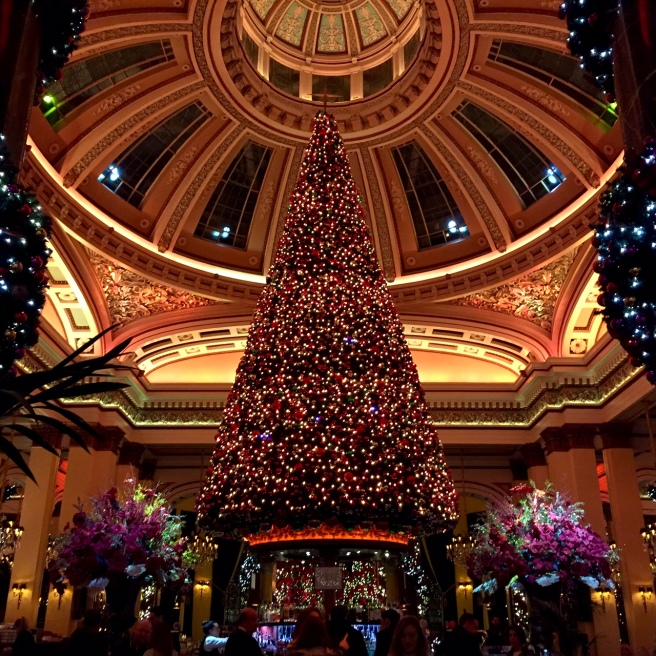 The Dome’s cocktail menu had a good range of classic combinations as well as a seasonal concoctions. I particularly loved the Apple Crumble Martini, a subtly sweet seasonal mix of vodka, cinnamon schnapps, apple schnapps with lemon, and apple pieces. Claire had the Sloeberry Simmer of sloe gin, black raspberry liqueur and Prosecco, and we also tried the Maple Sour made with bourbon, apricot brandy, egg white, maple syrup and lemon bitters. 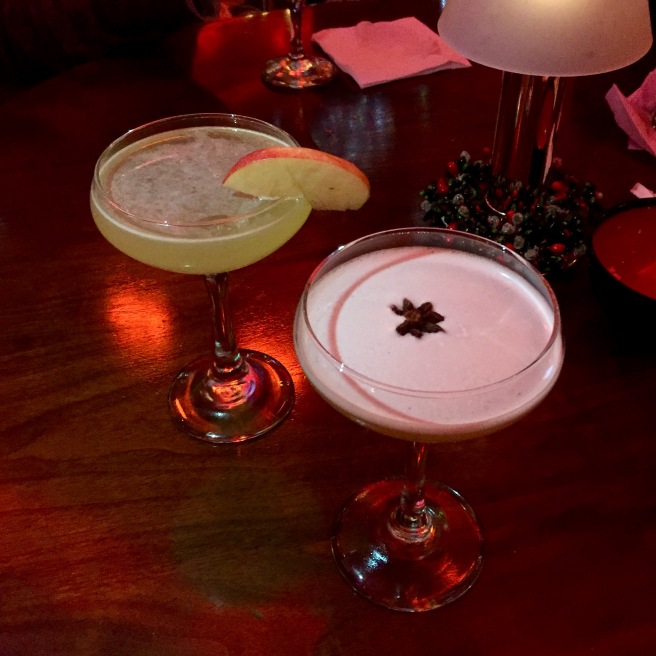 The drinks at The Dome are superb and the Christmas atmosphere is unbeatable and so it really was the perfect place to start our Christmas celebrations – however early!